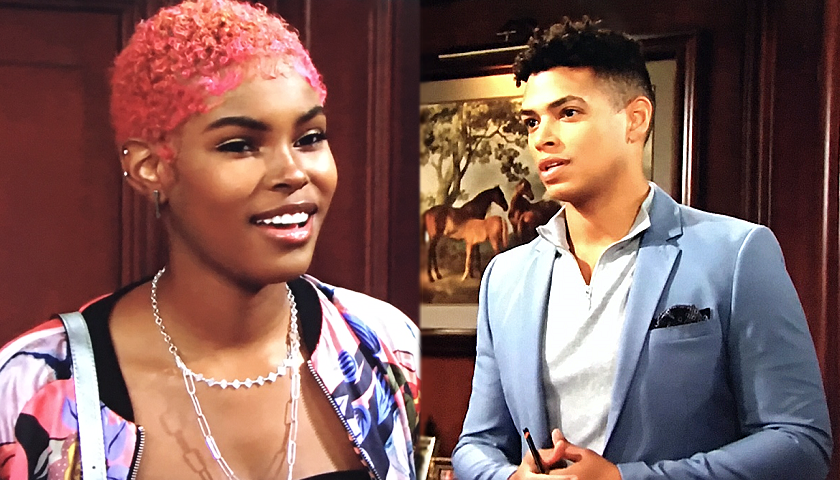 The Bold And The Beautiful (B&B) scoop for Wednesday, November 4 suggests Paris Buckingham (Diamond White) and Zende Forrester (Delon De Metz) will hit it off.

Spoilers tease Liam will be stunned after a telling conversation with Finn. The doctor recently witnessed an out of it Thomas seething about his sister’s ex-husband.

Bold And The Beautiful Scoop – Thomas Forrester Opened Up To Dr. Finnegan

“I’ve seen that guy jerk Steffy around over and over again. I’ve heard him make all the promises in the world and never back them up,” Thomas said to Finn. “I don’t think I can forgive Liam for that, even if Steffy says she has.”

Finn then expressed a concern for Thomas and asked him if he was feeling okay. He tried to reassure him he was fine and just hadn’t been sleeping much. But he also warned his sister’s new boyfriend about Liam. “He will circle back to Steffy again and you’ll end up collateral damage. Don’t trust Liam.”

However, it turns out Thomas is the person Finn doesn’t trust and he’ll tell Liam about his troubling exchange with the fashion designer. When he also mentions that Thomas stated Hope Spencer (Annika Noelle) wants him, Liam will freak. He’s tried to tell both Steffy Forrester (Jacqueline MacInnes Wood) and Hope to be wary of Thomas and now he has a good reason for it. Then Liam will set out to make sure Thomas stays away from his wife.

Meanwhile, sparks will fly and emotions will run high when Paris gets to know Zende. There will be an immediate chemistry between the two as they continue to flirt while chatting.

Paris’ sister Zoe Buckingham (Kiara Barnes) will not be happy about any potential friendship between the two. Later in the week, she’ll do her best to try to dissuade her sister from any interest she may have in the handsome Forrester designer.