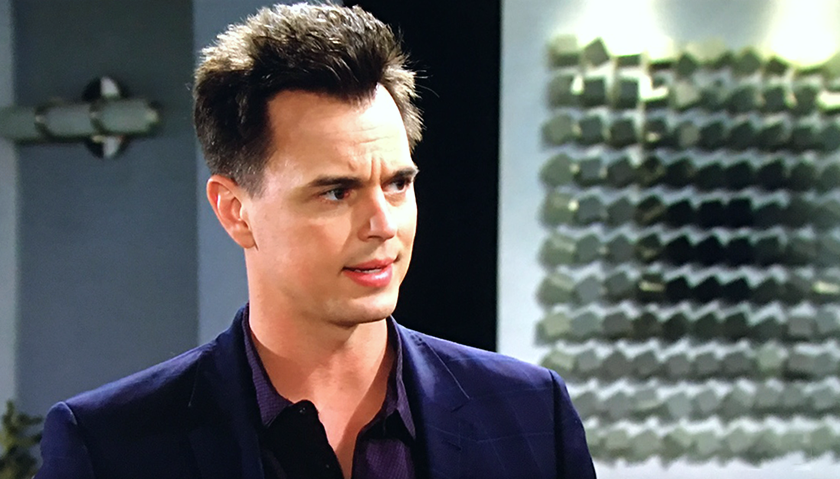 The Bold And The Beautiful (B&B) scoop for Wednesday, May 5 reveals Wyatt Spencer (Darin Brooks) will demand answers.

Spoilers tease Thomas will tell Hope he’s happy for her. However, a part of him will still be astounded that she’s decided to reunite with a habitual cheater like Liam Spencer (Scott Clifton). Although he’s changed his ways and purports to no longer be obsessed with Hope, Thomas has admitted he still loves her and always will. So, will she notice he’s jealous because she’s back together with her husband?

Meanwhile, Quinn told Zoe on Tuesday she did her best to get through to Carter. Viewers know Quinn’s evening with the Forrester executive turned into a steamy mess. Instead of promoting Zoe’s affections for him, she ended up sleeping with him. But will Zoe suspect anything untoward happened?

Finally, Wyatt knows something is going on between Liam and Bill Spencer (Don Diamont). He’s strolled in on a couple of suspect conversations between his brother and father. But when he presses them for an answer, he always comes up empty.

“Okay, what’s with all the tension guys?” he asked, the last time he interrupted their conversation. “Whenever I come in to see you, it’s always as if somebody died.” Bill used the excuse that Liam was moving back in with Hope. However, Wyatt still wondered why Bill didn’t seem all that happy about it.

On Wednesday, he’ll once again walk in on a secretive discussion between Liam and Bill. Wyatt knows they’re both hiding something from him and this time he’ll tell them he wants to know what it is. But if he tries to squeeze any information out of Bill, he’ll be barking up the wrong tree.

Bill has told Liam, in no uncertain terms, to keep his trap shut. However, Wyatt and Liam have been close for years now and the brothers tend to confide in each other. So, will Liam finally open up to Wyatt and tell him the truth?

Thomas vows to find out who killed Vinny and make them pay. Watch the latest #BoldandBeautiful episodes for free on @CBS or subscribe for more on @paramountplus: https://t.co/dUqzvVWN38. pic.twitter.com/dm9akRHRPT