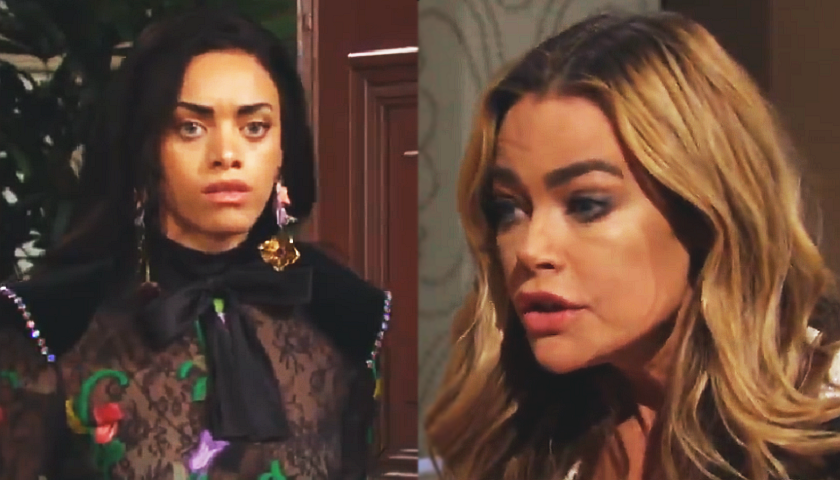 Spoilers tease Bill will not relent when it comes to the big secret he and Liam Spencer (Scott Clifton) share. He was not pleased when he found out Liam confessed all to Hope Spencer (Annika Noelle).

On Wednesday, he’ll express the importance of not saying a word to anyone else about it. Bill is well aware that if he hadn’t shown up at the cabin when he did, Liam would have confessed to the police by now. He’ll be relieved he got there in time but also angry that Hope convinced Liam to come clean.

Bold And The Beautiful Daily Scoop Tuesday, May 25: Quinn And Carter Try To Move Past Their Fling – Hope Lets Her Anger Loose On Bill #BoldandBeautiful #BoldandtheBeautiful #Quarter #Lope https://t.co/fYmkjDfI0x

He knows it’s far too late for recriminations and regrets and he told Lope exactly that. “You two and your damn principles,” he said to them on Tuesday. “Now you want to go to the police and confess? No way in hell I’m going to let that happen.” Then he told Liam to ruminate on it for 24 hours. But will Liam agree to wait before he does anything?

Meanwhile, Zoe and Carter Walton (Lawrence Saint Victor) have reunited. But you’d never know it by the Forrester model’s behavior. She still feels shaky in her relationship with Carter and she’ll demand to know the circumstances behind Shauna and Carter’s hook-up.

Of course, viewers know Shauna didn’t sleep with the Forrester COO. She was just covering for her bestie Quinn Forrester (Rena Sofer). Shauna did Quinn a solid by grabbing the jacket Zoe had seen in Carter’s bedroom and pretended it was hers.

When Zoe confronts her, how is she going to react? Will she make up a story or tell Zoe it’s none of her business?

Today on #BoldandBeautiful, Quinn and Carter try and figure out how to navigate things at the office. pic.twitter.com/TFQ2r172Ks