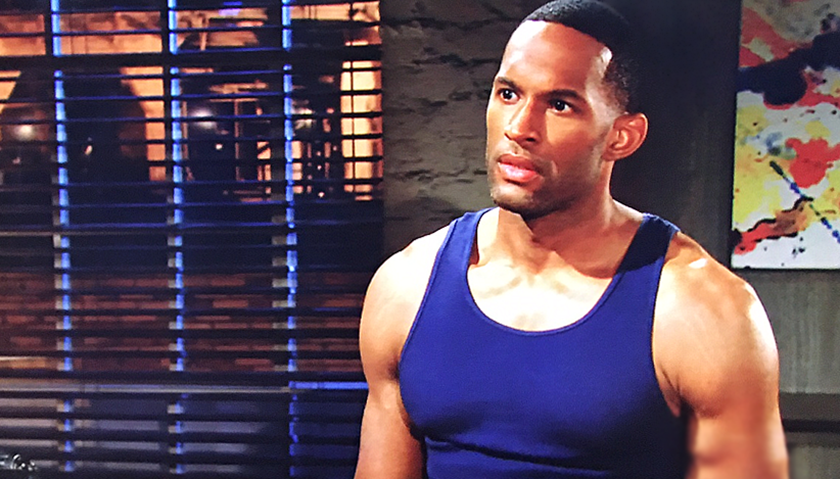 The Bold And The Beautiful (B&B) scoop for Wednesday, May 12 reveals Shauna Fulton (Denise Richards) will make an audacious move.

In addition, Zoe Buckingham (Kiara Barnes) will be heartbroken, as she realizes Carter Walton (Lawrence Saint Victor) has moved on.

Spoilers tease Zoe will be in shock as she recounts her embarrassing tale to Brooke Forrester (Katherine Kelly Lang), Ridge Forrester (Thorsten Kaye) and Eric Forrester (John McCook). She walked in as Carter was in bed with another woman. At least she didn’t see it was Quinn Forrester (Rena Sofer), who managed to hide under the bed. But Zoe will still be devastated.

However, the whole situation is no one’s fault but Zoe’s. She begged Carter innumerable times for another chance. And every single time he shot her down. So she really had no business letting herself into his loft to begin with.

Bold And The Beautiful Daily Scoop Tuesday, May 11: Zoe Gets A Nasty Surprise – Did Quinn Find A Hiding Spot? #BoldandBeautiful #BoldandtheBeautiful #Quarter #Zarterhttps://t.co/GbpULeRdNz

When Zoe told the Forrester executives her big plan to surprise her ex, Brooke Forrester (Katherine Kelly Lang) did warn her. “Are you sure that’s a good idea? Some people don’t like surprises.” But she went ahead and did it anyway, and look where that’s gotten her.

Zoe still doesn’t know who his new woman is but later in the week, she’ll have the audacity to ask him. And he’d better answer her. Because she will have already blabbed to Brooke, Ridge and Eric about how he broke her heart and is seeing someone else.

Of course, Quinn will go into full-on panic mode. She’ll believe, and rightly so, that someone’s going to figure out she’s the one sleeping with Carter. She told Carter on Tuesday they needed to take this secret to their graves. Getting busted would put the final nail in she and Eric’s marriage.

However, all is not lost and when she tells her bestie what happened, Shauna may just do her a huge favor. B&B spoilers indicate Shauna will step up for Quinn and offer to pretend to be Carter’s new main squeeze. But will Zoe, and everyone else including Eric, actually believe it?

Quinn and Carter struggle to do the right thing. Watch the latest #BoldandBeautiful episodes for free on @CBS or subscribe for more on @paramountplus: https://t.co/VVq47gviW5. pic.twitter.com/bdlTDGdv74