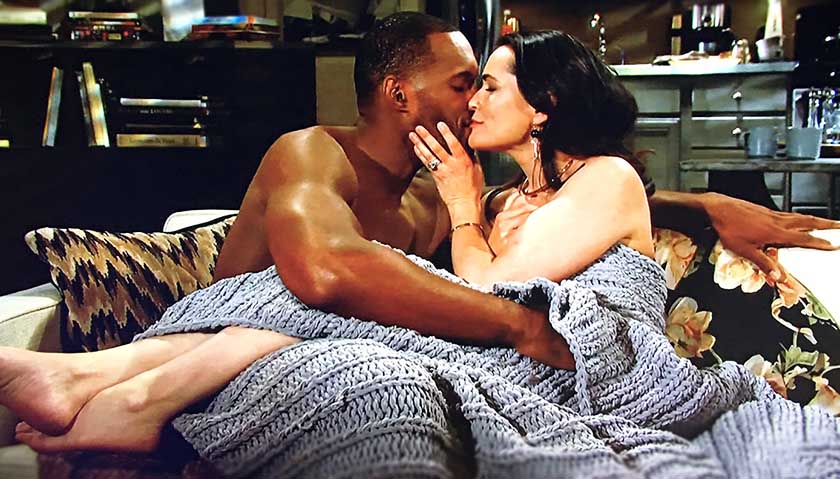 The Bold And The Beautiful (B&B) scoop for Wednesday, July 21 reveals two star-crossed lovers will explore their relationship options.

Also coming up, Paris Buckingham (Diamond White) will receive an unexpected and kind invitation from someone surprising.

B&B spoilers tease Paris is looking for a new place to live. On Monday, Zende Forrester (Delon de Metz) asked if she’d found anything. “Not yet,” she told Zende . “And the lease on Zoe’s place is up.”

B&B Daily Scoop – Will She End Up In The Guest House?

Viewers know Zende and Paris have become close. They’re dating, but it doesn’t seem like they’ve taken the next step in their relationship. So, it would definitely be premature at this point if Zende asked Paris to move in with him. 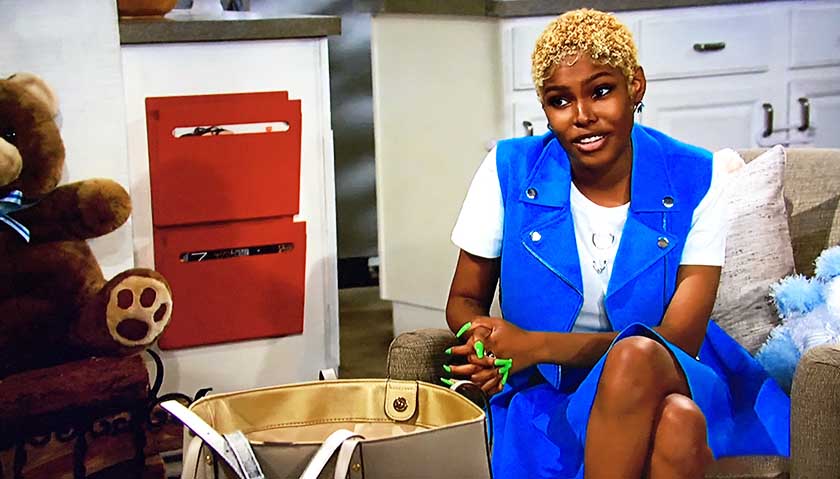 Perhaps Eric Forrester (John McCook) will make her a generous offer. No one is currently occupying the guest house at the Forrester estate, so will Eric suggest she live there? Or, after singing baby Hayes to sleep, will Steffy Forrester (Jacqueline MacInnes Wood) and Dr. Finnegan (Tanner Novlan) ask her to move in with them for a while?

Meanwhile, after a close call during a video call with Eric, Carter Walton (Lawrence Saint Victor) and Quinn Forrester (Rena Sofer) will have a serious conversation about their relationship. She said she wasn’t worth ruining his friendships and his career over, but he told her she was.

Quinn also knows that if Carter keeps seeing her, it would be a major conflict of interest, since he’s representing Eric in their divorce. “If this were going to continue,” she said. “But it’s not.” On Wednesday, they’ll discuss where they go from here. Quinn has freely admitted she’s ruined many lives “like a human wrecking ball.” And she doesn’t want to do the same thing to him.

But they’ve fallen into bed together again and can’t seem to resist each other. In the end though, will their conversation be a moot point? Quinn’s dress on Carter’s couch seemed to be a dead giveaway and it was obvious Brooke Forrester (Katherine Kelly Lang) suspects it belongs to Quinn. How soon will it be before Quarter gets busted again?

It looks like a great episode coming up!  Keep reading The Soap Scoop for more Bold And The Beautiful spoilers and news. And make sure you join our free Facebook Group.