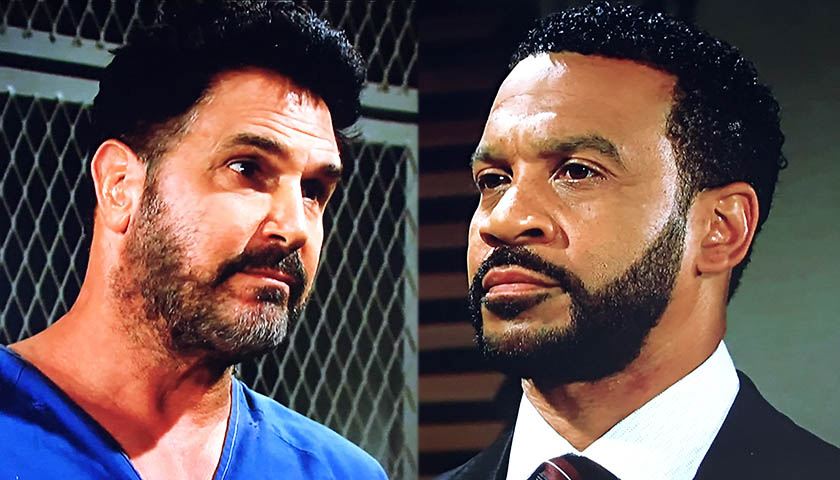 In addition, Liam Spencer (Scott Clifton) will be stunned when his wife tells him how everything went down to prove his innocence.

B&B spoilers tease Hope Spencer (Annika Noelle) will tell her husband how Thomas Forrester (Matthew Atkinson) went the extra mile for him. And he’ll have undoubtedly have trouble processing it.

On Tuesday, Liam told Hope he was still trying to wrap his head around everything that had happened. She’ll mention that Thomas would have come forward sooner, but Justin found out about the video on his phone and locked him in a cage.

“Hey Thomas, you saved my life today,” Liam told Thomas. “I won’t forget.” He knows that if  Thomas had decided to keep the information to himself, he would still be rotting in a prison cell. Instead, he’s been happily reunited with the love of his life.

Meanwhile, after hearing from Thomas what his right-hand man has been up to, Dollar Bill will be on the warpath. Right after Bill and Liam were cleared, Thomas said he needed to talk to Bill about Justin. And he told him his lawyer tried to hide the truth.

Bold And The Beautiful Scoop – Bill Spencer Is Going To Explode

B&B spoilers show Bill will explode at Justin for attempting a takeover of Spencer Publications. But Justin will give it right back to the CEO. He’ll tell Bill he’s had this coming after the way he’s treated him for so many years.

Plus, Justin will rightly point out that what he did was no less sordid than many things Bill has done. But will he accept that as an excuse? Or will Bill throw Justin out of the building?