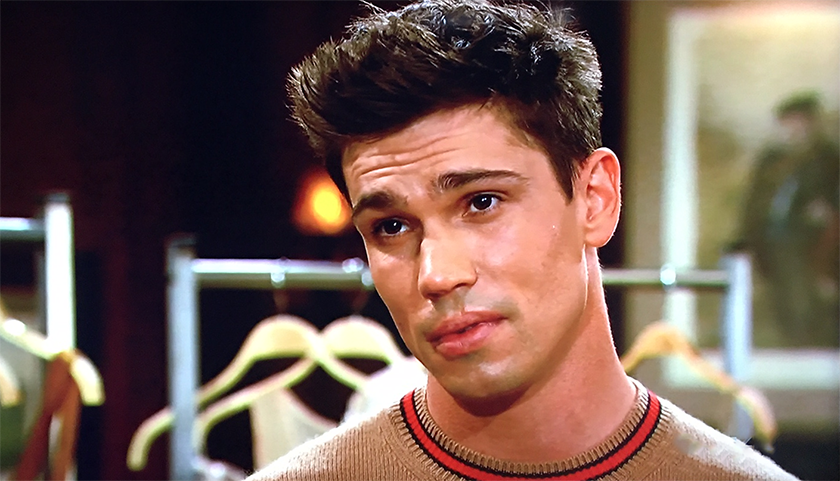 Spoilers tease Thomas will worry about his sister. As viewers know, she just recently found out the father of her unborn baby isn’t her boyfriend, it’s her ex Liam’s.

Thomas will become concerned about Steffy’s stress levels. He’ll wonder if it could end up putting a strain on her health and the health of her baby. Thomas wants to help his sister but he isn’t sure what he can do to assist her.

The Forrester designer has also become suspicious of his best friend Vincent Walker (Joe LoCicero). On Tuesday, he it occurred to him that Vinny may have altered the paternity results. Will he tell Steffy his suspicions or will he confront his friend?

Meanwhile, Finn showed up at Spencer Publications and put Liam on notice. “Do you truly understand the mess that you have made of so many lives?” he asked him on Tuesday. “Or is that just what you do?”

Rumor has it, he’ll lay down the law when it comes to Liam’s access to Steffy. Liam will be told, in no uncertain terms, that he cannot just walk into Steffy’s home whenever he wants to. Of course, there will be push back from Liam. He’ll argue that his daughter Kelly Spencer (Colette and Avalon Gray) lives there and he should be able to see her whenever he wants.

But Finn will tell him that’s no longer the case. A custody agreement is going to be drawn up and Liam had better adhere to it. This conversation is going toget heated on Wednesday. But will it turn physical?

It looks like a great episode coming up! reading The Soap Scoop for more Bold And The Beautiful spoilers and news. And make sure you join our free Facebook Group.