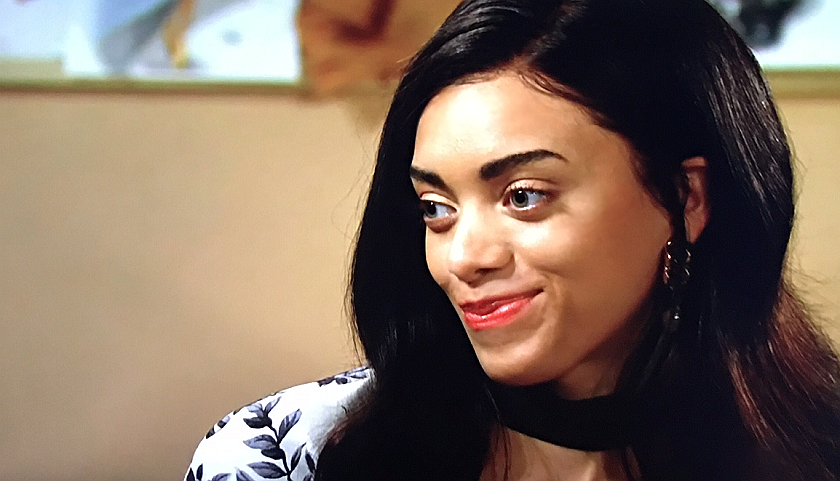 In addition, Hope Spencer (Annika Noelle) will reconsider her decision to separate from her husband. Plus, Liam Spencer (Scott Clifton) will feel guilty for taking a life.

Spoilers tease the days she spent away from Liam may have cleared any doubts from Hope’s head . Of course, the kiss she and Liam shared also didn’t hurt any. Hope misses her husband’s touch and she’ll think about letting him come home.

Bold And The Beautiful Scoop – Instead Of Calling 911, Bill Spencer Covered It Up

“After today it doesn’t feel entirely impossible,” she gushed to her mother. “Liam and I, we kissed.” She’s still not entirely sure what she’s going to do, but she knows she’s looking forward to their lunch date.

Meanwhile, as Hope weighs her options, Liam will weigh his. Instead of calling 911, Bill Spencer (Don Diamont) covered up Liam hitting and killing Vinny Walker (Joe LoCicero) with his car. And the guilt will be eating him alive. “I killed someone last night,” Liam says to his dad in the B&B weekly promo.

Bill will command his son not to tell anyone about the hit and run. Liam will say he can’t do it. “You are not going to lose your entire future over this,” Bill told him on Tuesday. “I will fix it.” But will Liam let him?

Finally, Zoe will pretend to sympathize when Paris Buckingham (Diamond White) talks about her embarrassing evening with Zende Forrester (Delon de Metz). She purposely added an herbal digestive supplement to her sister’s smoothie in order to ruin her date.

“Maybe it’s time Paris realizes she’s not so perfect after all,” Zoe told Quinn Forrester (Rena Sofer) on Monday. And she’ll feel quite pleased with herself when she finds out her prank worked its magic. But will that be the end of it or just the start of Zoe’s sabotage?