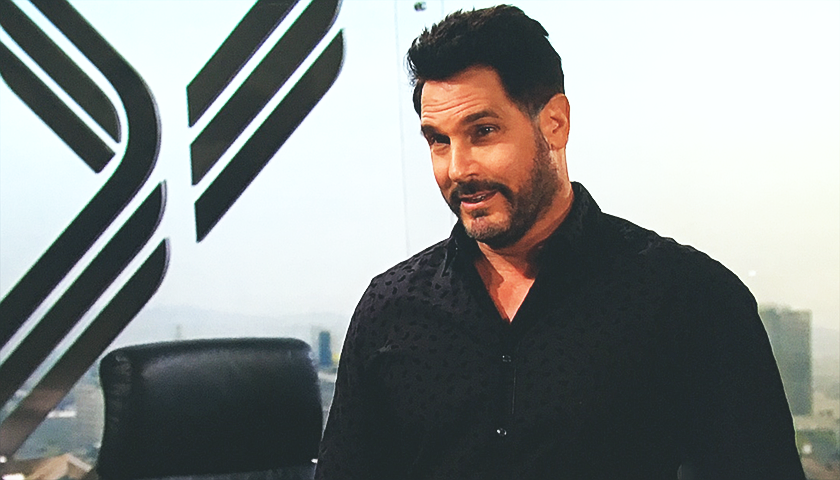 The Bold And The Beautiful (B&B) scoop for Wednesday, April 28 reveals Brooke Forrester (Katherine Kelly Lang) will be concerned.

In addition, Bill Spencer (Don Diamont) will do his best to stand in the way when Deputy Chief Baker (Dan Martin) questions his son.

As viewers know, Liam hit Vinny with his father’s favorite sportscar and has been haunted by it ever since. Bill covered up the crime and promptly got rid of all the evidence. He even arranged for Justin Barber (Aaron D. Spears) to sell the vehicle to a buyer in the Middle East.

Of course, Baker likely doesn’t know any of this, not yet. But how is he going to react when Bill interferes when he sees Liam cracking under the pressure? Will he suspect something fishy is going on?

In the coming days, Baker may also find out Liam and Bill were driving down the same road in which Vinny met his end. If Baker or Detective Sanchez (Jeremy Valdez) question Hope Spencer (Annika Noelle), she will innocently inform them of that very fact.

Speaking of Hope, she told her mother on Tuesday that she and Liam have reconciled and her husband is moving back in. Brooke was happy for Hope, however, the news will also set off alarm bells in her head.

She’ll ask her daughter how she thinks Thomas Forrester (Matthew Atkinson) is going to take it. Then, for the thousandth time, Brooke will warn Hope that Thomas is still a threat to her marriage. But will Hope take her mother’s warning seriously?

Today on #BoldandBeautiful, Donna cozies up to Eric, who expresses his troubles with Quinn. pic.twitter.com/FCMRFntPia