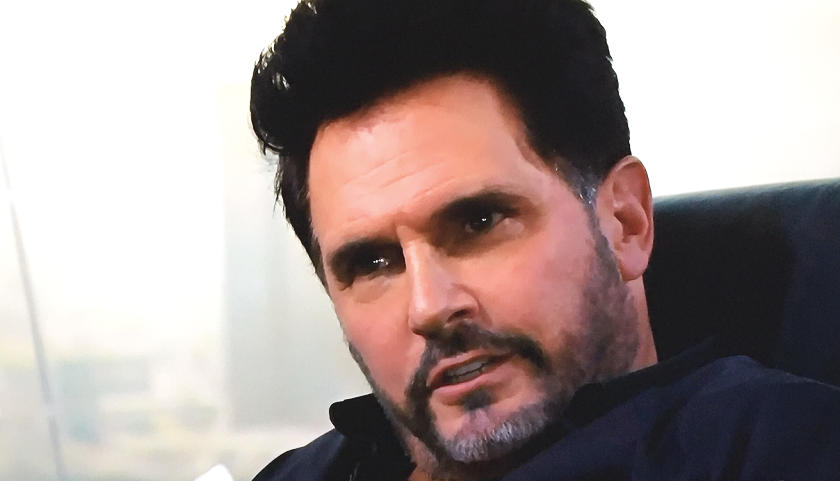 Also coming up on Wednesday, Sally Spectra (Courtney Hope) will have to work overtime to hide her true feelings for Flo Fulton (Katrina Bowden).

Spoilers tease Flo won’t hold back when she confronts Sally about her recent demands on Wyatt Spencer (Darin Brooks). Wyatt recently told his girlfriend all about how Sally tried to kiss him. She also said she wouldn’t seek treatment for her illness unless they got back together.

Flo will let Sally know that Wyatt informed her all about the “emotional blackmail” she tried to use to her advantage when Wally had a recent heart to heart conversation. She will also inform Sally that she’s fed up with her taking advantage of Wyatt’s compassion and his good nature and she wants her to move out.

As she lambastes Sally, the fiery redhead will have to fight hard to hide her feelings. She’ll want to tell Flo what she truly thinks of her. But Sally will have to hold back, if she wants to continue her scheme to its conclusion – winning Wyatt back.

“I did not come this far to just hand him over,” Sally recently told Dr. Penny Escobar (Monica Ruiz). “I refuse to let Flo just steal him away from me.” Rumor has it, Sally won’t say much to Flo to defend herself. Instead, she’ll act innocent and pretend to be shocked by her enemy’s words.

Meanwhile, at Forrester Creations, Bill will declare war on Quinn. He’ll pay a visit to her at Forrester Creations and threaten her. He’s angry that she uploaded the video of himself and Brooke Forrester (Katherine Kelly Lang) kissing to the digital photo frame. It was then aired for all to see at the Bridge reunion party.

Since then, his family with Katie Logan (Heather Tom) has been destroyed. He will tell Quinn he blames her for it. Quinn will of course tell him he has no one but himself to blame. Batie has split up and Bill has moved out of his house. Dollar Bill will inform Quinn, in no uncertain terms, that if he doesn’t reunite with Katie, she will be the one to pay the price.