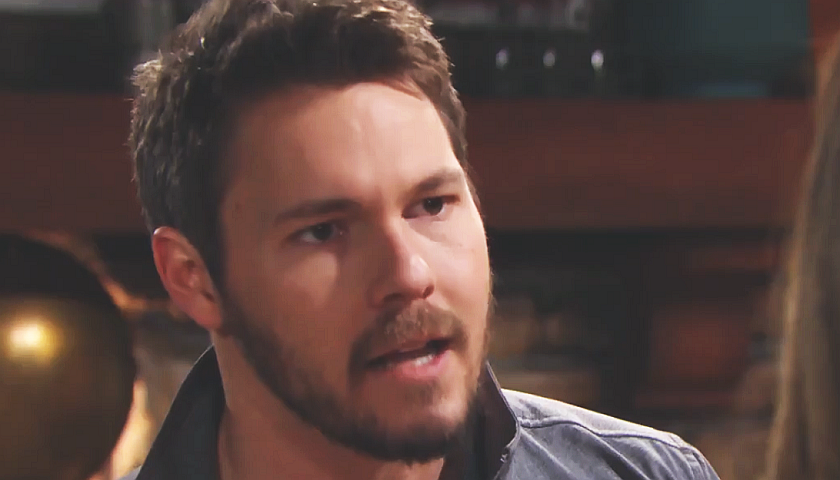 Viewers know Steffy practically begged Finn to renew her prescription. Even though she doesn’t want to admit it, she’s become dependent on the pills. They’ve helped to reduce her physical and emotional pain. But Finn refused her request and told her he was worried she was getting hooked on them.

Meanwhile, her brother Thomas has also been worried about her and confiding his thoughts to his buddy Vinny. He knows his sister’s in a lot of pain and he feels awful that there’s nothing he can do about it.

Bold And The Beautiful Scoop Monday, September 14: Bill Makes A Commitment – Will Ridge Agree To An I Do, Redo? #BoldandBeautiful #BoldandtheBeautiful #Shridge #Batie #Brill https://t.co/7V3woRw0qm

But Vinny will feel there’s something he can do. After Thomas leaves the cliff house, Steffy will open the gift from Vinny and find a surprise inside – a stash of illicit opioids. Thomas is clueless about what was really in the package for Steffy, but she’ll be delighted when she sees them.

Finally, Liam will become mistrustful of Finn after he has a conversation with him about Steffy. He’ll ask for details on how she’s doing and it’s rumored that Finn will abruptly shut him down. He may even cite doctor and patient confidentialty.

Liam is also wary that Steffy seems to be moving on with her life, with the handsome doctor by her side. He may have moved on with Hope Spencer (Annika Noelle) but he also likes the fact that Steffy is still hung up on him.

Will Liam’s wariness towards Finn begin to cause problems in their relationship and their co-parenting of Kelly?