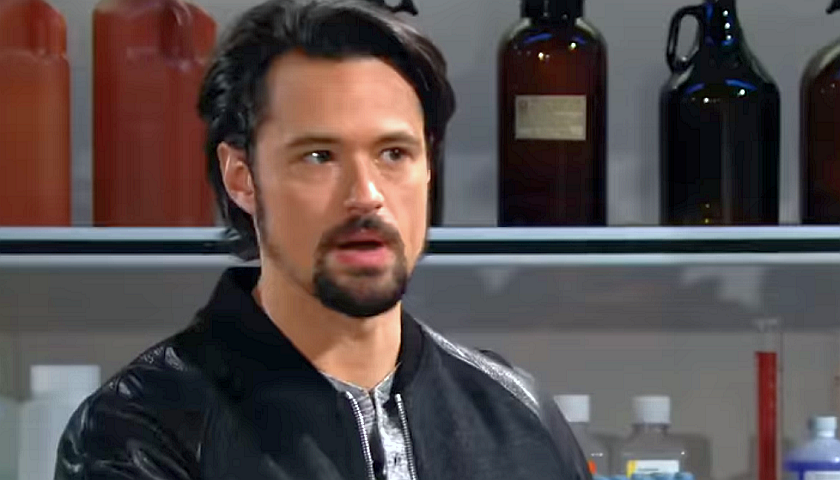 The Bold And The Beautiful (B&B) scoop for Tuesday, March 9 reveals Thomas Forrester (Matthew Atkinson) will keep digging for the truth.

In addition, Zoe Buckingham (Kiara Barnes) will hold her younger sister responsible for her failed relationship.

After Carter Walton (Lawrence Saint Victor) dumped her, Zoe once again confronted Paris Buckingham (Diamond White). Spoilers tease that instead of blaming herself for pursuing Zende Forrester (Delon de Metz) behind Carter’s back, she’ll continue to put the onus on her sister.

This isn’t the first time Zoe has condemned Paris for her own problems. She hates the fact that Paris got a job at Forrester and doesn’t want her there. At one point, she even handed her sister a resignation letter and demanded she sign it. Paris responded by tearing it in two. But will she respond similarly this time and tear Zoe a new one?

Meanwhile, Thomas wants proof from Vinny Walker (Joe LoCicero) that his involvement in Steffy’s Forrester’s (Jacqueline MacInnes Wood) paternity result was purely professional. His instincts are telling him his old pal may have tampered with the test.

“Fate works in mysterious ways,” Vinny had said when they found out Liam Spencer (Scott Clifton) was the baby daddy. “This is your chance to have what you’ve always wanted for you and Dougie – a life with Hope.”

Plus, the drug dealer has also mentioned he’s not exactly fond of Dr. Finnegan (Tanner Novlan). He informed Thomas that Finn seemed stuck up and looked down on anyone who wasn’t a doctor.

So, Thomas’ spidey senses are tingling and he’s given his friend another chance to be honest, by showing him the results on his computer. “I need to know you didn’t make it so Liam is the father of Steffy’s child,” Thomas told him on Monday. “Show me Vinny. Show me now.” But will Vinny present Thomas with evidence to clear himself?

RT if you think these two would make a great couple! #BoldandBeautiful pic.twitter.com/V0TULUs2MT