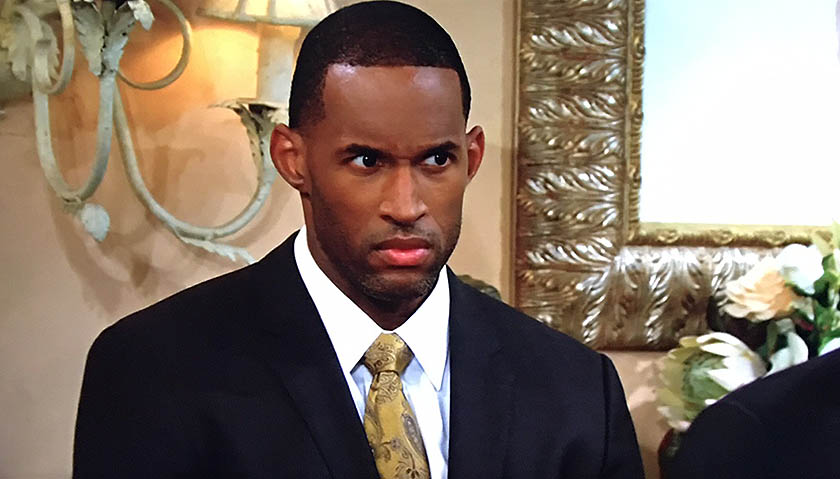 In addition, murder charges against Liam Spencer (Scott Clifton) will be dropped and he’ll joyfully reunite with his wife.

B&B spoilers tease Liam will return home to the cabin he and Hope Spencer (Annika Noelle) share. He’ll be ecstatic and also surprised by how quickly his whole situation changed. He was shocked on Monday when the van taking him to a permanent prison stopped and he was unshackled and allowed to get out.

“What’s happening?” he asked his wife, after she leapt into his arms. “I don’t understand.” With tears in her eyes, she told him that he was finally going to come home.

Deputy Chief Baker (Dan Martin) will give him some conditions upon his release. However, Liam will still feel as free as a bird and ready to move on with Hope. He’ll promise to love and cherish her forever and they’ll kiss passionately.

Meanwhile, Carter still feels incredibly guilty for sleeping with Quinn Forrester (Rena Sofer). Sure, he came clean during Queric’s vow renewal ceremony. But as he told Quinn, the fact remains, he slept with the boss’ wife.

B&B spoilers tease Carter will try to resign from his position at Forrester Creations. But Eric won’t permit it. Instead, he’ll tell Carter he wants him to remain as COO of the company, and he requires his legal services. He may also ask him to steer clear of Quinn, but that’s unlikely to happen.

Eric will let Carter know he hasn’t forgiven him yet for sleeping with his wife. However, there is still a way for him to demonstrate his integrity. If Carter represents Eric in his divorce from Quinn, he can keep his job and possibly become a trusted member of the Forrester family again. But will Carter say yes to Eric’s request?

Bold And The Beautiful Weekly Scoop July 12 to 16: Hope And Liam Are Reunited – Eric Has A Request Of Carter – Bill Faces Off With Justin #BoldandBeautiful #BoldandtheBeautiful #Lope #Quarter