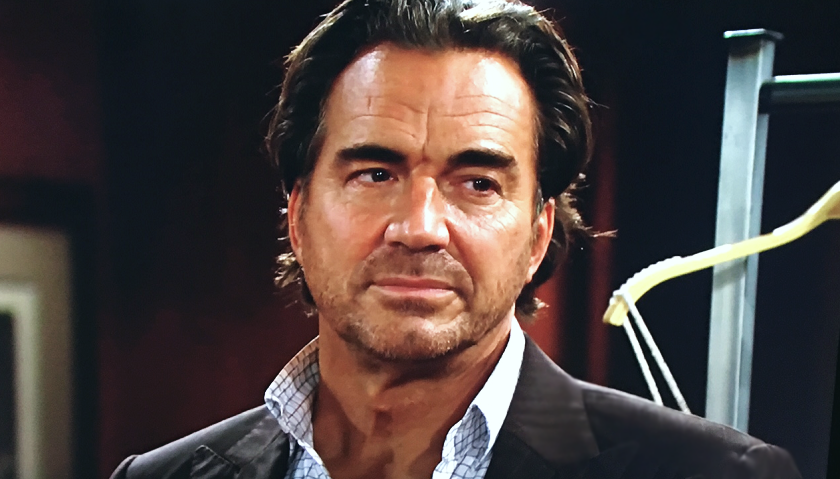 The Bold And The Beautiful (B&B) scoop for Tuesday, January 26 reveals Ridge Forrester (Thorsten Kaye) will put his nephew on the spot.

Spoilers tease Zende will be shocked when Zoe shows him the text he sent her months ago. Viewers will recall that last week he mentioned his phone had been acting up and someone in tech had done a reset.

That reset caused the text he sent Zoe to finally find its way to her on Friday. “Don’t move too fast with Carter tonight!” it said. “Make up an excuse and meet me at the office. I’ll be waiting for you!” It’s bad timing, since she’s now engaged to Carter Walton (Lawrence Saint Victor).

Bold And The Beautiful Poll: Will Steffy And Finn Get Married? #BoldandBeautiful #BoldandtheBeautiful #Sinnhttps://t.co/XjLwBx092X

Speaking of the Zarter engagement, Carter has been pushing his fiancé to set a wedding date. Even though she’s been hesitant to do so, the Forrester COO has been moving full steam ahead on their nuptials.

On Tuesday, he’ll talk to Ridge about his feelings for Zoe and how excited he is to be walking down the aisle with the model. Then he’ll ask Ridge to be his best man. Rumor has it Ridge will tell his friend that he’d be delighted to do so.

Bold And The Beautiful Scoop – Will Zende Forrester Admit His Feelings?

But before he actually stands up for Carter, Ridge will do some digging. He’s starting to suspect there may be something more than just friendly banter going on between Zoe and his nephew.

He doesn’t want to see Carter get hurt (too late, it seems inevitable at this point), so Ridge will put Zende on the spot with some pointed questions regarding his relationship with Zoe. Will Zende admit to having feelings for the model or will he deny it?