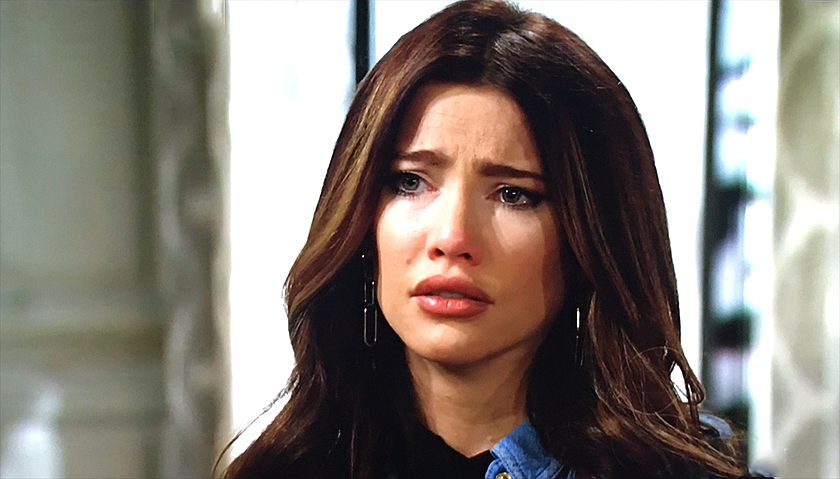 In addition, Liam and his dad will discuss their immature behavior and poor choices, when it comes to the women in their lives. Plus, Thomas Forrester (Matthew Atkinson) wonders what Vinny Walker (Joe LoCicero) is up to.

Viewers know Liam and Bill Spencer (Don Diamont) often let their egos and libidos lead the way in their relationships. And look where it’s gotten them. Bill lost his family with Katie Logan (Heather Tom). And Liam is well on his way to losing his family with Hope.

Liam cheated on Hope with Steffy and Bill cheated on Katie with Brooke Forrester (Katherine Kelly Lang). At least Bill ‘s latest slip-up with Brooke this time around was just a heat of the moment kiss. But it still led to Katie dumping him.

Regardless, the father and son duo will lament their actions as of late, as well they should. They’ll lean on each other for support and will bond over the predicament they each find themselves in. But will the two men make a pact that they should start thinking with their heads?

Steffy too regrets some of the bad choices she’s made recently, especially one in particular. Hopping in the sack with Liam put her relationship with Finn at risk and now she’s pregnant with Liam’s second child.

Although she feels remorse, Steffy will make it clear to her boyfriend and her rival that she’ll always care about Liam no matter what. She’ll also tell them Liam will continue to be a part of Kelly Spencer’s (Colette and Avalon Gray) life and the life of their new baby.

Meanwhile, Thomas is becoming suspicious of Vinny. On Monday, he asked him how he suddenly knew so much about DNA. “Did you do anything to mess with Steffy’s paternity test?” he’ll ask him on Tuesday. Will Vinny deny it or will he admit he did something to alter the result?