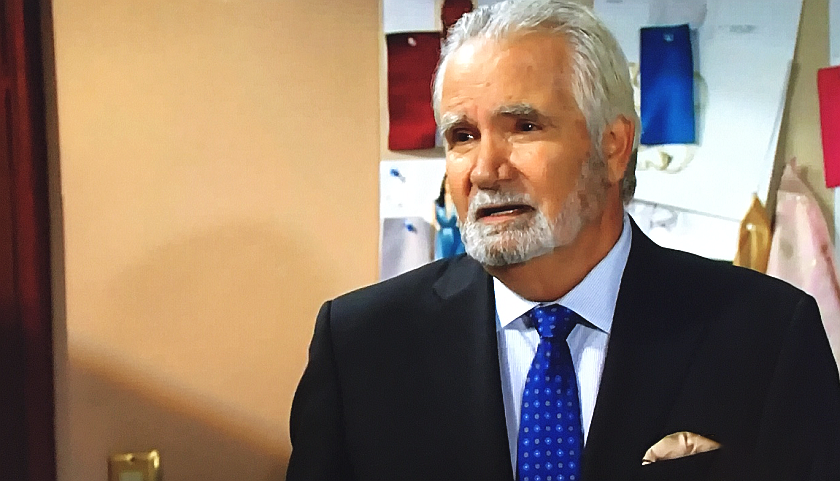 The Bold And The Beautiful (B&B) scoop for Thursday, October 1 reveals Eric Forrester (John McCook) will try to talk his son out of making a huge mistake.

Also, Carter Walton (Lawrence Saint Victor) will celebrate when he gets a well-deserved promotion at Forrester Creations.

Let’s face it, viewers haven’t seen much of Carter in the past few years. He’s been brought in as a civil celebrant and divorce attorney when the plot calls for one. But Ridge Forrester (Thorsten Kaye) seems to believe in him implicitly and Carter’s trustworthiness is finally going to pay off.

Bold And The Beautiful Scoop – Will Carter Walton Be Offered The Co-Ceo Job?

During the past few months, things have been coming together for the Forrester attorney. He’s dating Zoe Buckingham (Kiara Barnes), who he seems to think is the woman of his dreams. And spoilers tease things will get even better for Carter.

With Steffy leaving the B&B canvas while she heads to rehab, Carter may be offered her Co-CEO seat temporarily. Or it could be a brand new position. Regardless, Carter will be excited by his new job title.

Meanwhile, Eric will be in shock when Ridge Forrester (Thorsten Kaye) informs him that he’s going to remarry Shauna Fulton (Denise Richards). And a disappointed Eric will try to talk some sense into his son.

“You still love Brooke, I can see that,” Eric told Ridge recently. “I just hate that my wife can’t see it too.” However, Eric has no idea his wife has been working behind the scenes to pull off the redo wedding.

Quinn Forrester (Rena Sofer) also believes it will be the ultimate coup de grâce on Brooke Forrester (Katherine Kelly Lang). But will the wedding still happen, or will Eric be able to talk Ridge out of it?