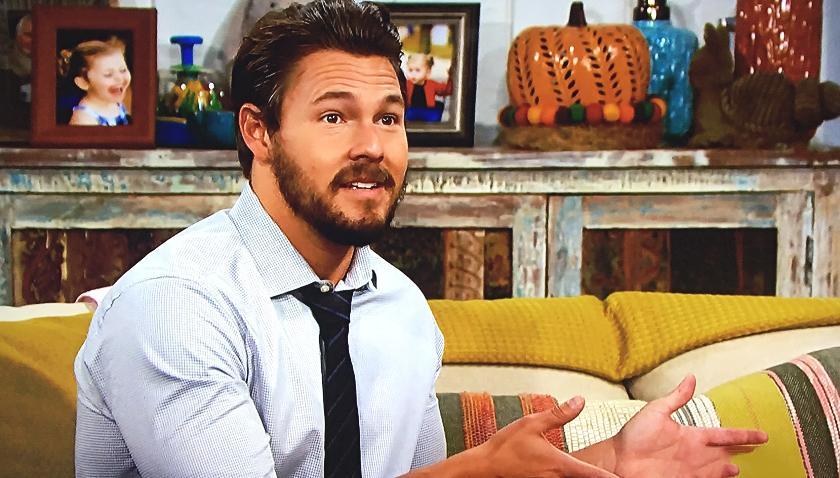 The Bold And The Beautiful (B&B) scoop for Thursday, November 5 reveals Liam Spencer (Scott Clifton) will be in a tailspin.

In addition, Zoe Buckingham (Kiara Barnes) will suggest to her sister that she should steer clear of handsome designer Zende Forrester (Delon De Metz).

Spoilers tease Zoe will walk in on Paris Buckingham (Diamond White) and Zende flirting up a storm and she won’t be happy. She has enjoyed the attention of two men, Zende and Carter Walton (Lawrence Saint Victor), for weeks now and doesn’t want to give that up anytime soon.

Zoe recently became more seriously involved with Carter when she spent the night at his place. Zende is also attracted to her. When his former father in law Julius Avant (Obba Babatundé) visited him, he told him to follow his heart.

So, he sent a text to Zoe when she was with Carter, asking her to come up with an excuse to leave and to meet him at the office. But she never showed and still has no idea he even sent it. The text never arrived, due to a technical glitch.

As she sees her sister’s interest in the Forrester designer, Zoe will try to talk her out of it. She’ll suggest to Paris that she stay away from Zende. Perhaps she’ll tell a little white lie and tell Paris he’s a womanizer. Will Paris take her advice and steer clear of Zende?

Meanwhile, fresh off his conversation with Dr. Finnegan (Tanner Novlan), Liam will find himself on high alert. He knew Thomas Forrester (Matthew Atkinson) was still obsessed with Hope Spencer (Annika Noelle) and feels Finn has confirmed it.

On Thursday, Liam will weigh his options on what to do about it. And it looks like he may decide to head to Thomas’ place to confront him. But what will he find when he gets there?