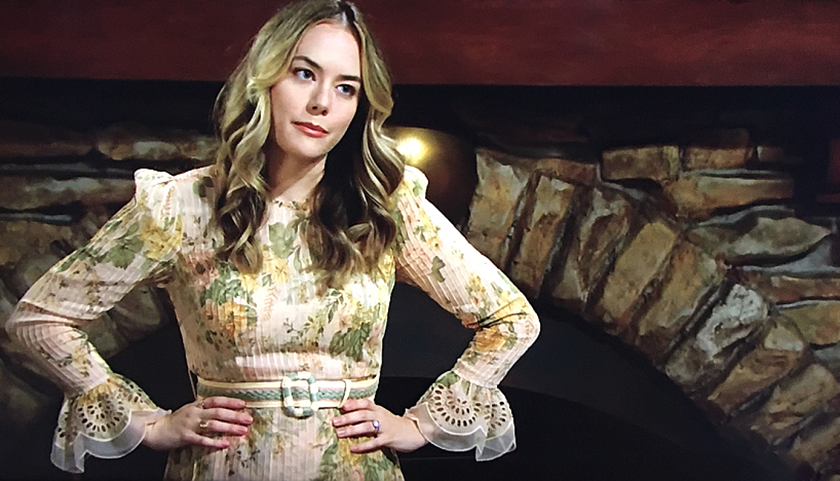 The Bold And The Beautiful (B&B) scoop for Thursday, November 19 reveals Hope Spencer (Annika Noelle) will stand up for Thomas Forrester (Matthew Atkinson).

In addition, Quinn Forrester (Rena Sofer) will try to appeal to Eric Forrester (John McCook) to give her another chance.

Spoilers tease Quinn will swallow her pride and beg for forgiveness. She regrets her interference in Brooke Forrester (Katherine Kelly Lang) and Ridge Forrester’s (Thorsten Kaye) relationship, but is she truly remorseful? Would she do it again if given half a chance?

Bold And The Beautiful Scoop – Will Quinn Forrester Be Willing To Concede Defeat?

That’s something Eric will have to figure out for himself. On the one hand, he’s got Shauna Fulton (Denise Richards) encouraging him to reunite with his wife. Although only time will tell whether she’s being sincere or not. On the other hand, there’s Brooke, who’s told him to dump Quinn.

It’s doubtful he’ll make any big decision on Thursday. He’ll hear her out, but he’s still not sure if he can ever trust Quinn again. However, even if Eric ultimately tells her he’s through with her for good, will she be willing to concede defeat, or will she battle back?

Meanwhile, Liam is still on the warpath. He wants Thomas’ head on a platter and he’s not going to rest until he gets it. Earlier in the week, he tried to bring Steffy Forrester (Jacqueline MacInnes Wood) over to his way of thinking. But none of his arguments worked.

On Thursday, he’ll sing the same old “Thomas is evil” tune to Hope, who also won’t be having it. She just watched him bonding with their son Douglas Forrester (Henry Joseph Samiri) and she believes he’s changed. She’ll defend Thomas, which will frustrate Liam even further.

Of course, viewers know he’s is right to be wary of Thomas, who is even more dangerous these days than Liam gives him credit for. The Hope mannequin in his living room is insisting he “eliminate Liam.” Will he finally bow to its demands?