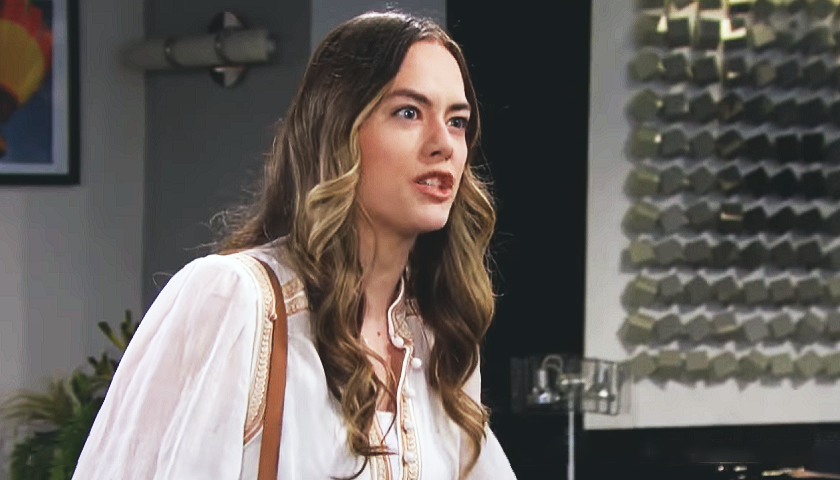 In addition, Liam Spencer (Scott Clifton) will stay mum when Deputy Chief Baker (Dan Martin) asks him for more details on the hit and run.

Spoilers tease Baker will bring the hammer down on Liam, hard. He’ll  suspect Liam wasn’t alone on the night Vinny Walker (Joe LoCicero) died.  He’s already asked him about the vehicle involved. That was when Liam got smart and said he wanted to talk to a lawyer.

Viewers know Bill got rid of all traces of his sports car. He had it shipped to the Middle East and taken apart so it would be unrecognizable. He also crushed Vinny’s phone and threw that and his wallet off a cliff.

Baker will suspect Bill was involved somehow and he’ll ask Liam outright about it. However, he’ll refuse to implicate his father in the crime in any way. Despite this, B&B spoilers tease the cop will question Bill later in the week. Whether Baker brings him in for an interrogation or pays Bill a visit himself still remains to be seen.

Speaking of Bill, he’s going to face the wrath of Hope on Thursday. She watched helplessly as her husband was arrested and dragged off to prison. And as distraught as Hope felt, she was also furious with one person in particular.

When she first found out Bill covered up the hit and run, Hope didn’t mince words. “I know about Vinny,” she told him. “I know that Liam hit him with your car.” Then she proceeded to tell him it was just an accident but he turned it into a crime.

“You just had to go and do it your way, didn’t you? What kind of father does that?” Now that her husband is locked behind bars, Hope will be angry and she’ll turn her fury on Bill. But what’s he going to do about it?

Today on #BoldandBeautiful, Steffy and the Forresters anticipate the arrival of the newest member of their family. pic.twitter.com/nEfkYf3Kro