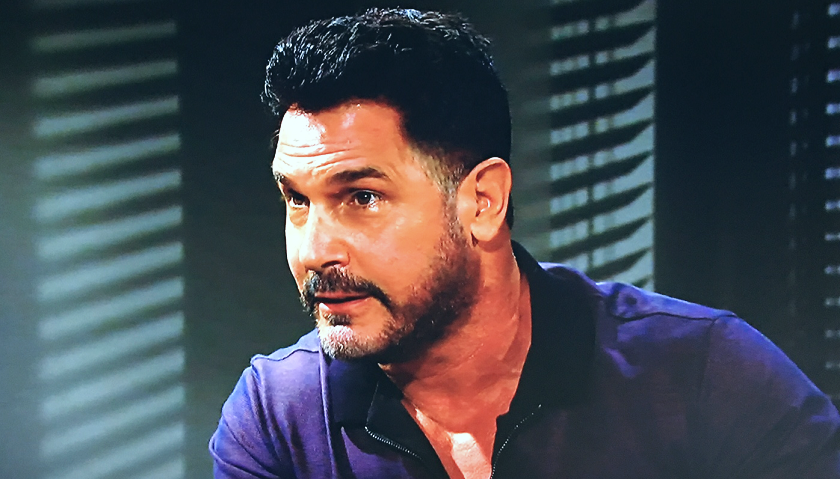 The Bold And The Beautiful (B&B) scoop for Thursday, June 17 reveals Dollar Bill Spencer (Don Diamont) will lash out at his son and his right hand man.

Spoilers tease Thomas will tell Ridge and Brooke about Liam Spencer’s (Scott Clifton) surprising request. On Monday, Liam told Thomas he’s afraid he could be in jail for years. Then he asked his former nemesis to look after his wife and kids.

This stunning news will have Brooke in a tizzy. The last thing she wants is for her daughter to get closer to Thomas. In fact, she’s spent years disparaging her stepson to anyone who will listen. Brooke will think Liam has lost it and she’ll tell Thomas it’s a bad idea.

Thomas will push back and say he’s a grown man and if he wants to fulfill Liam’s request, he will. Then the tension will ratchet up even further between Brooke and Thomas, once again forcing Ridge to try to keep the peace between them. But will he succeed?

Meanwhile, Bill will be furious with Justin Barber (Aaron D. Spears) and Wyatt Spencer (Darin Brooks). They’ll visit Bill in the slammer. And he’ll ask them why they’ve been sitting on their thumbs while he and Liam Spencer (Scott Clifton) are rotting in prison.

Bold And The Beautiful Scoop – Why Hasn’t Bill Spencer Been Released On Bail?

Of course, Bill doesn’t feel as though he deserves to be there in the first place. As far as he’s concerned, all he did was protect his son, who accidentally killed a “low life.” So, why haven’t he and Liam been released on bail?

Perhaps Justin will remind Bill that he and his son should have called him before they confessed to the hit and run. If they had, it sure would have made his job a whole lot easier. But will Bill accept this as any kind of excuse, or will he continue to rant at rave at Wyatt and Justin?