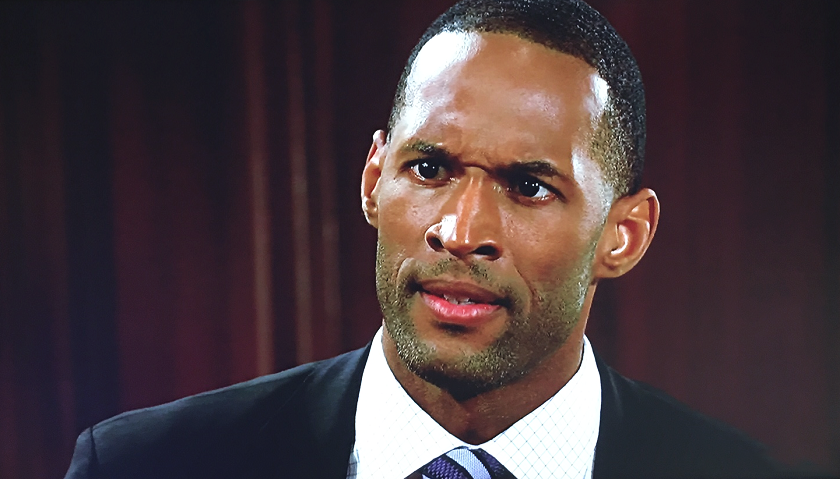 Spoilers tease Eva will be in town to lend a hand to Katie Logan (Heather Tom) and Paris Buckingham (Diamond White). The first time viewers were introduced to Eva was in 2014. Forrester Creations was promoting the Hope For The Future Line in Paris. She appeared again several times and in 2016 she was a part of the Spencer Summit in Monte Carlo.

Of course, she fell victim to Liam Spencer’s (Scott Clifton) flip flopping charms. At the time, he was obsessed with Steffy Forrester (Jacqueline MacInnes Wood), who was married to his brother Wyatt. Eva offered to take him out to see the sights in Monte Carlo but he turned her down flat.

Bold And The Beautiful Poll: Will Carter Dump Zoe Or Forgive Her? Vote in our poll!#BoldandBeautiful #BoldandtheBeautiful #Zarterhttps://t.co/qScj1BWduP

It’s not known how long she’ll stick around but Eva will surely give both Katie and Paris some creative ideas on how to take the Forrester Foundation to the next level.

Meanwhile, Carter will find out about the text Zende sent Zoe, and will confront the pair and ask them to explain themselves. Viewers know he already had it out with his fiancé, accusing her of playing him for a fool and carrying on with Zende. But Zoe denied it.

However, Carter will believe he has solid proof to back up his accusations. Something was going on behind his back and he now knows it for certain. “Admit it Zoe, you never wanted me,” he had told her. “What you really want is to be a Forrester.”

This time though, a Forrester will be thrown into the mix. Zende will defend himself by saying he sent Zoe the text before they were engaged. But will Carter accept it as an excuse? This confrontation will definitely get heated, but will it turn physical?