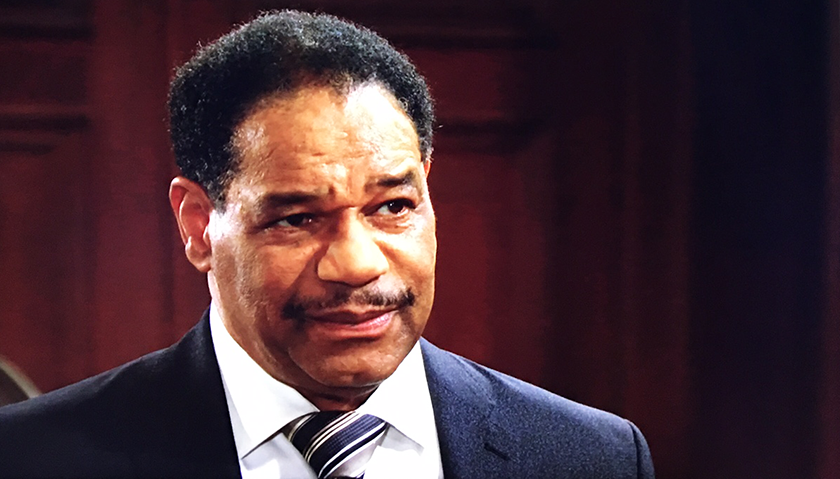 In addition, Bill Spencer (Don Diamont) will reach his breaking point with Liam Spencer (Scott Clifton). Plus Charlie Webber (Dick Christie) will return to the B&B.

Spoilers tease Dollar Bill may begin to wish he’d just called the cops after Liam fainted when Vinny passed away. Since his decision to cover up the hit and run, he’s dealt with nothing but moaning and whining from his son.

On Thursday, it’ll be more of the same, as Bill tries to convince Liam why the last thing he should do is turn himself in. “You certainly can’t confess,” he told his son earlier in the week. “Trust me Liam, there is no second guessing anymore. There is no turning back.”

However, once again, Liam won’t see it that way. He’s already had a nightmare involving Vinny and his conflicted emotions will spiral out of control. The angel on one shoulder is telling him to do the right thing. Then there’s Bill Spencer (Don Diamont), the devil on his other shoulder, commanding him to keep his mouth shut.

Meanwhile, Baker will stun Thomas Forrester (Matthew Atkinson) when he names the person he suspects in Vinny’s demise. When Baker showed up at Forrester, he told Thomas he needed to determine if there was a motive.

“If your friend’s death was an accident, or if someone ran him over on purpose,” he said. Then he questioned him about the paternity test. Baker also asked him if he was angry that Vinny turned his sister’s life upside down.

The two men may even be interrupted by Charlie, who will likely offer to help the lieutenant with the case. But who will Baker name as his main suspect? Will he accuse Thomas of killing Vinny?