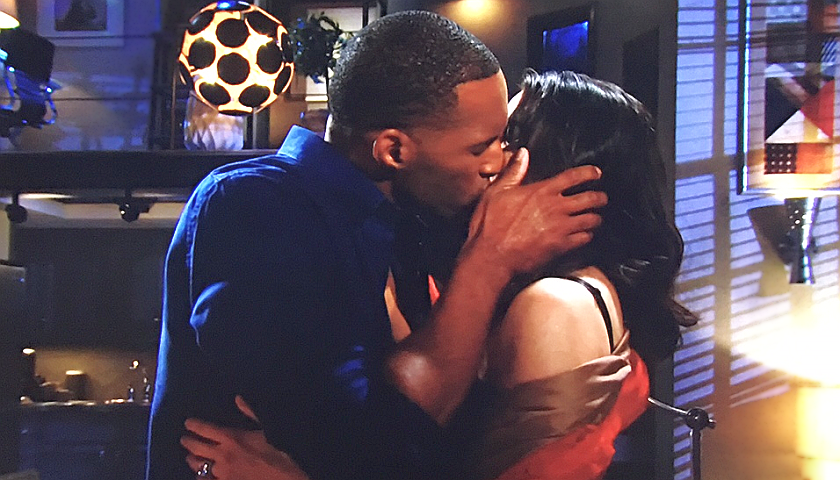 The Bold And The Beautiful (B&B) scoop for Monday, May 3 reveals Thomas Forrester (Matthew Atkinson) will make a vow to catch Vinny Walker’s (Joe LoCicero) killer.

In addition, Liam Spencer (Scott Clifton) will fake it until he makes it. Plus, Quinn Forrester (Rena Sofer) will wake up satisfied, but remorseful, after her tryst with Carter Walton (Lawrence Saint Victor).

Spoilers tease Liam will keep hiding his secret from Hope Spencer (Annika Noelle). He’s moved back into the cabin with his wife and kids and will pretend nothing is amiss. But he’ll still be haunted by  his victim.

“It’s really nice to be home,” he told Hope. “I just want to wrap myself in this feeling and block everything else out. Unfortunately, he won’t be able to do it. Liam will once again think he sees Vinny standing there beside him, telling him he’s going to pay for what he did. Hope will ask him what’s going on and he’ll deny there is anything wrong. But deep down, Liam will be horrified.

Bold And The Beautiful News: Jacqueline MacInnes Wood Is Back On Set #BoldandBeautiful #BoldandtheBeautiful #Sinn https://t.co/0zEvJQo5lb

Speaking of Vinny, his best friend will be resigned to finding out who left him on the road for dead. Thomas was not only moved when he watched the memorial he made for his buddy, he was also highly agitated.

He believes the person who drove away after hitting Vinny is a monster. However, didn’t he do the exact same thing after he ran Emma Barber (Nia Sioux) off the road? People living in glass houses shouldn’t throw stones.

Meanwhile, Quinn and Carter threw caution to the wind and fell into each other’s arms on Friday. Both were lonely and missing the intimacy they used to share with their significant others. “I know I come off tough as nails,” Quinn said to Carter shortly before he kissed her. “But sometimes I just want to be held.”

Quarter may wake up on Monday with a bad case of buyer’s remorse. Sure, it was exciting and satisfying, but the consequences for both Quinn and Carter could be devastating if anyone finds out what they did. How are they going to keep their steamy tryst a secret?

Today on #BoldandBeautiful, Liam struggles to maintain normalcy with Hope while being tormented by Vinny. pic.twitter.com/gOG3UbkIfz