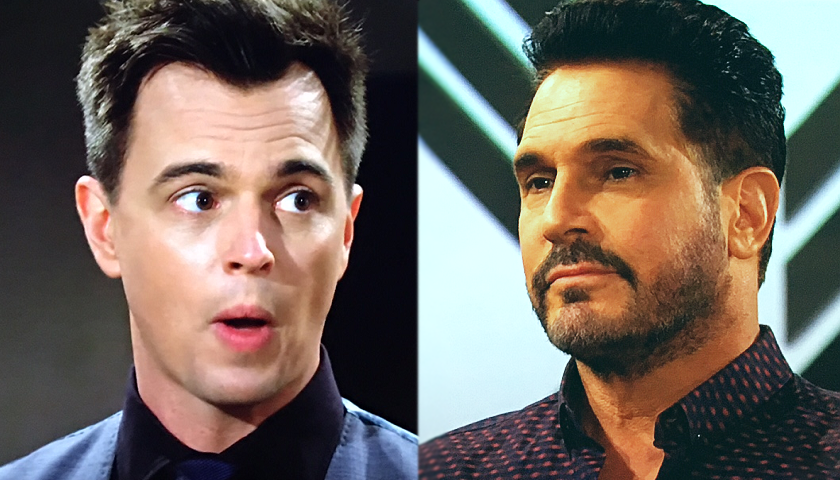 The Bold And The Beautiful (B&B) scoop for Monday, May 17 reveals Wyatt Spencer (Darin Brooks) will get under Bill Spencer’s (Don Diamont) skin.

In addition, Liam Spencer (Scott Clifton) will surprise his wife with a romantic evening for two.

Spoilers tease Liam will pull out all the stops to charm Hope Spencer (Annika Noelle). There’ll be wine, flowers, candles and more than likely he will have arranged for the kids to spend the night at Brooke Forrester’s (Katherine Kelly Lang) estate.

Hope will be touched when she walks into the cabin. She’s been worried about her husband. She knows he’s been troubled by something but still has no idea what’s wrong. However, she’ll be cheered by his delightful gesture.

Bold And The Beautiful Daily Scoop Friday, May 14: Quinn And Carter Come To An Agreement – Shauna Tells Her Bestie To Take Advantage #BoldandtheBeautiful #BoldandBeautiful #Quarter https://t.co/ECPWSC4k4u

For his part, Liam will try his best to shut all thoughts of Vinny Walker (Joe LoCicero) out of his mind. But when they creep back in, can he manage to keep them at bay, at least for a few hours?

Meanwhile, Wyatt will be like a dog with a bone. He won’t stop trying to find out what’s behind Bill and Liam’s strained relationship. “Every time I come in here and see the two of you together, it’s as if I’m walking in on something,” he recently told them.

On Monday, Wyatt will once again ask Bill what’s going on with Liam. But he won’t be having it. He’ll tell his son to stop asking, because it’s none of his business. Of course, by shutting Wyatt out, Bill is desperately trying to shield him.

He doesn’t want Wyatt involved in the whole hit and run mess. It’s bad enough that Bill has to constantly protect Liam from himself. To have Wyatt also entangled in Vinny’s hit and run would be too much to deal with. But Wyatt has confronted his father about the tension with Liam several times now. So is he really going to take no for an answer?

Today on #BoldandBeautiful, Shauna urges Quinn to use the current situation to her advantage. pic.twitter.com/Ae9Y7IMvRz