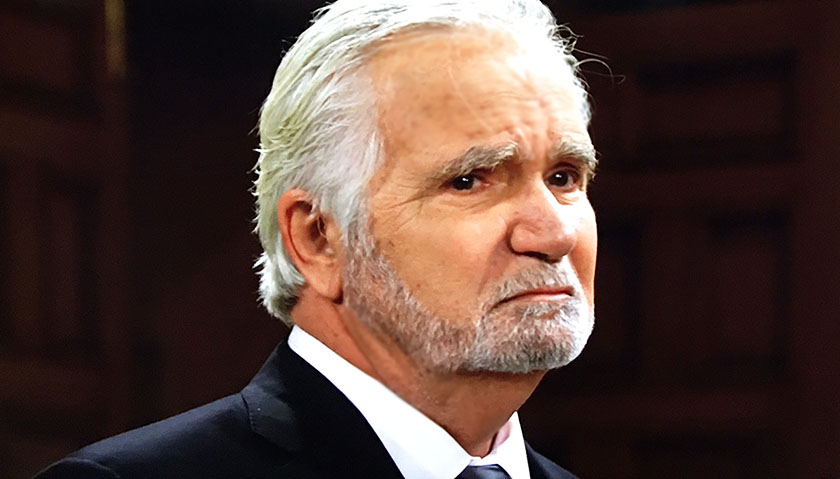 The Bold And The Beautiful (B&B) scoop for Monday, July 5 reveals a devastated Eric Forrester (John McCook) will turn his fury on his wife.

B&B spoilers tease all of Thomas’ pleas to Justin have fallen on deaf ears. The lawyer is still out to get Bill Spencer (Don Diamont). And if that means he has to keep Thomas locked in a cage forever, so be it.

Bold And The Beautiful Scoop – Thomas Forrester Tries To Escape

Despite this, Thomas won’t give up all hope of getting out of there. In fact, he’ll try to figure out a way to escape. However, it seems he’ll be unsuccessful in his attempt. But, not to worry, spoilers show someone will be on the way to rescue Thomas soon enough. 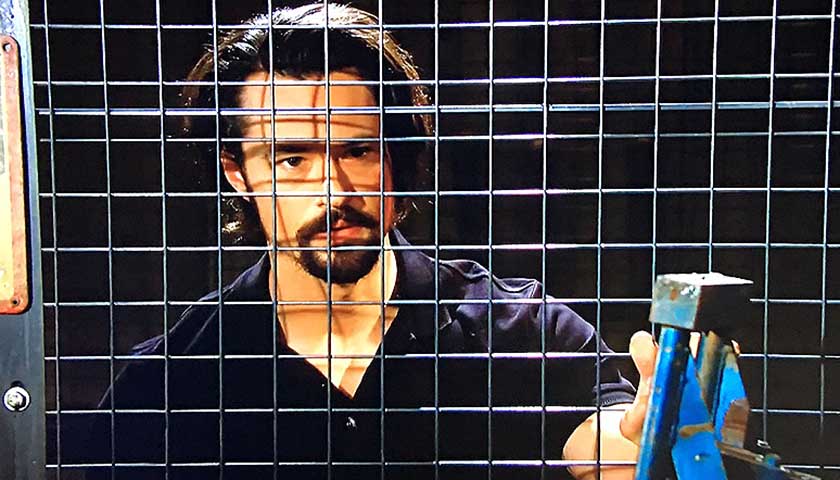 Meanwhile, Eric was angry with Brooke Forrester (Katherine Kelly Lang) for interrupting his vow renewal ceremony. But after she implored Carter Walton (Lawrence Saint Victor) to come clean, Eric’s going to turn his rage in a whole new direction.

A shocked Eric asked Quinn Forrester (Rena Sofer) if what Brooke said was true. Did she sleep with Carter? “Answer me Quinn.” On Monday, she’ll stutter and stammer, but the truth will be written all over her face.

Then Eric will rage at Quinn. He’ll demand to know how she could have betrayed him. He’ll tell her he’d trusted her with his heart. But after all of Eric’s philandering over the years, didn’t he also have this coming?