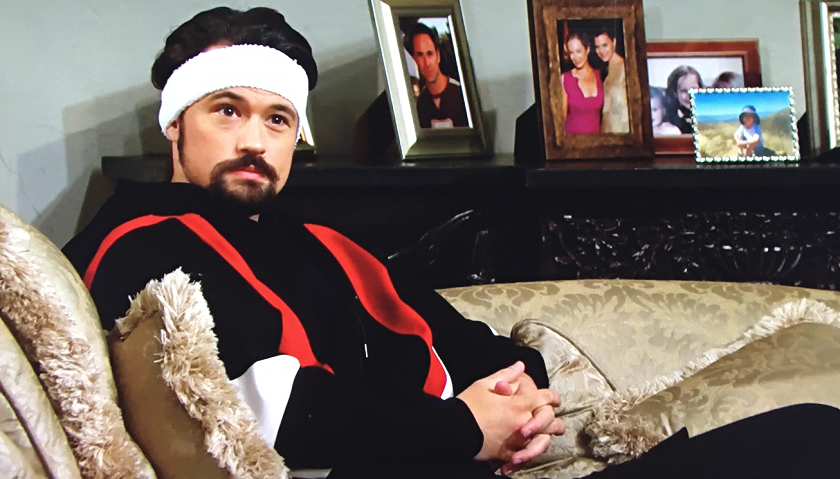 The Bold And The Beautiful (B&B) scoop for Monday, January 4 reveals Thomas Forrester (Matthew Atkinson) will be appalled.

Liam was stunned on Thursday when Steffy told him she was pregnant. On Monday, he’ll attempt to figure out how to move forward with his life. He loves Steffy, but he wants to remain in his marriage to Hope Spencer (Annika Noelle).

He still believes the right thing to do is to tell Hope the truth about their night together. And he’ll be even more convinced than ever that he needs to head straight home to confess. Liam doesn’t want Hope to find out from someone else that he not only slept with his ex, but now she may be carrying his child.

On the other hand, Steffy will insist to Liam that he keep quiet about everything. She needs to get a paternity test before they say anything. Steffy doesn’t want them destroying their lives, when the child she’s carrying could just as easily be Dr. Finnegan’s (Tanner Novlan). Will Liam agree to keep the secret until she finds out if he’s the daddy?

Meanwhile, Thomas will begin to feel self-conscious when Hope tells him Liam knows all about the mannequin kiss. But when he finds out Liam actually witnessed the smooch, he just may wish the earth would swallow him up!

Thomas and Liam have been rivals for years now and it will dawn on the Forrester designer that Liam was privy to his most humiliating moment ever. Hope may also inform him that Liam thought he saw the two of them kissing and had made accusations towards her.

This revelation will cause Thomas to express regret to Hope later in the week, for causing problems in her marriage to Liam. The frustrating thing is, he didn’t do anything wrong. Will Thomas ever stop apologizing to Hope?