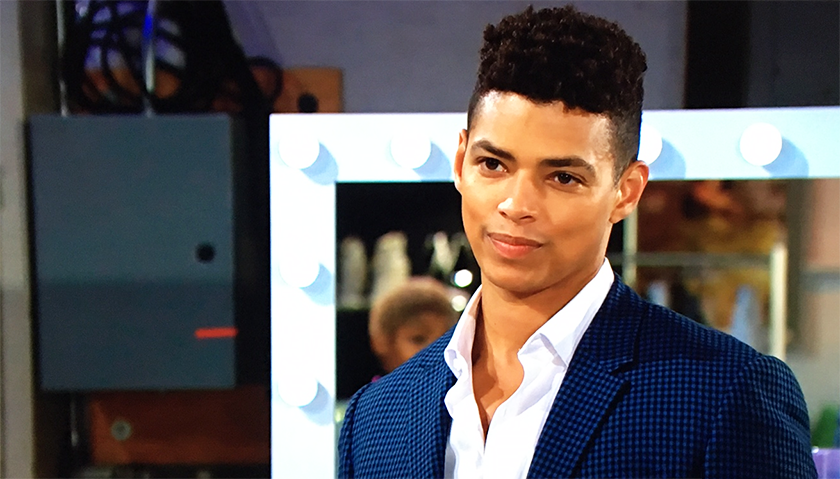 Spoilers tease Zende will overhear Zoe Buckingham (Kiara Barnes) telling her sister she wants her to leave Los Angeles. She feels like Paris is intruding on her life and she’s tired of it. However, Paris doesn’t want to go. She likes it in LA and is enjoying her time there.

The Forrester designer has also enjoyed spending time with Zoe’s sister. He may have a thing for Zoe, but he’s also attracted to Paris. Zende sees her as a breath of fresh air and an upbeat person. Viewers know Zende was going to admit his feelings to Zoe but he never got the chance.

Now she’s engaged to his best friend Carter Walton (Lawrence Saint Victor). So it’s too late for him to make any overtures towards the model. And later in the week, Zoe’s going to be furious with her fiancé for offering Paris a job at Forrester Creations.

Nevertheless, after Zende overhears the sibling’s heated conversation, he will counsel Paris not to listen to Zoe. Then he’ll take it upon himself to tell her he wants her to stick around. Will Paris take Zende’s advice?

Bold And The Beautiful Scoop – How Will Liam Spencer React To The News?

Meanwhile, in the spirit of the holiday season, Brooke will find herself making a conciliatory gesture towards Thomas Forrester (Matthew Atkinson). She knows Ridge Forrester (Thorsten Kaye) is still worried about his son, who just survived brain surgery.

Brooke doesn’t like Thomas much but she wants to do something nice for her husband. So, she’ll extend an olive branch and will invite Thomas to move in with she and Ridge while he recovers. But how will this go over with her son-in-law Liam Spencer (Scott Clifton)?