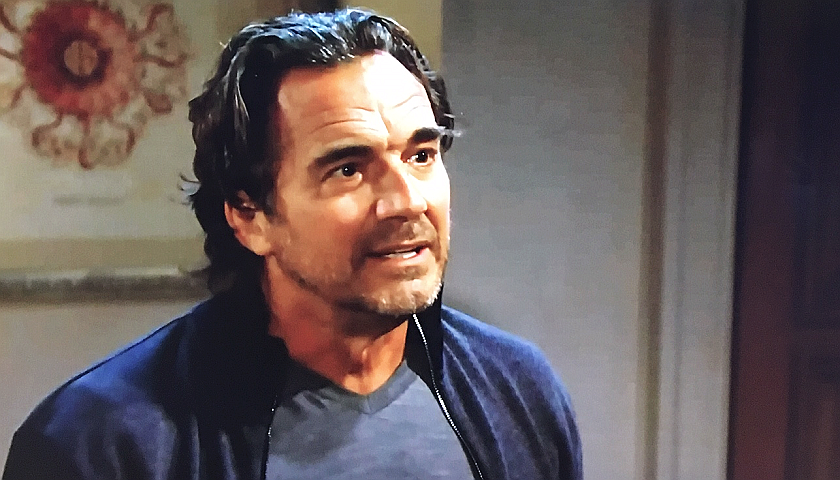 The Bold And The Beautiful (B&B) scoop for Monday, August 31 reveals Ridge Forrester (Thorsten Kaye) will assess the situation he’s in and will come to a conclusion.

Spoilers tease that after Bridge’s emotional and excruciating (mainly for viewers) goodbye on Friday, Ridge is going to make a major decision. He’ll figure he has to move forward and he’ll decide to do that with his new wife. He’s going to give the marriage a go, for better or for worse.

His wife Shauna Fulton (Denise Richards) and her best friend Quinn Forrester (Rena Sofer) will undoubtedly be thrilled. They planned this whole thing from the beginning. And it’ll look like their scheming has paid off.

Bold And The Beautiful Daily Scoop Friday, August 28: Brooke And Shauna Face Off – Are Bridge And Batie Over For Good? #BoldandBeautiful #BoldandtheBeautiful #Shridge #Batie #Bridgehttps://t.co/k3Pj1TxjCe

Meanwhile, Brooke will be hurting. Ridge can’t forgive her for telling Bill she would love him for the rest of her life. Of course, Ridge is such a hot head, he took it completely out of context. He left before she told Bill that Ridge was the man she wanted to spend the rest of her life with.

Brooke will be stunned when her Stallion shows up at her house again. The last time he was there, he told her he was glad Ridge was out of her life and that he didn’t deserve her. “You can finally be done with him and move on with a man who will always love and appreciate you,” Bill said.

Now that he and Katie are done, Bill’s got nothing to lose. On Monday, he’ll appear at Brooke’s door again and present her with a proposal. Bill will tell Brooke he’s going to be her knight in shining armor and will protect her against all enemies.

He will also surprise her by telling her again that he loves her. But will Brooke agree to let Bill be her champion, or will she reject him a second time?