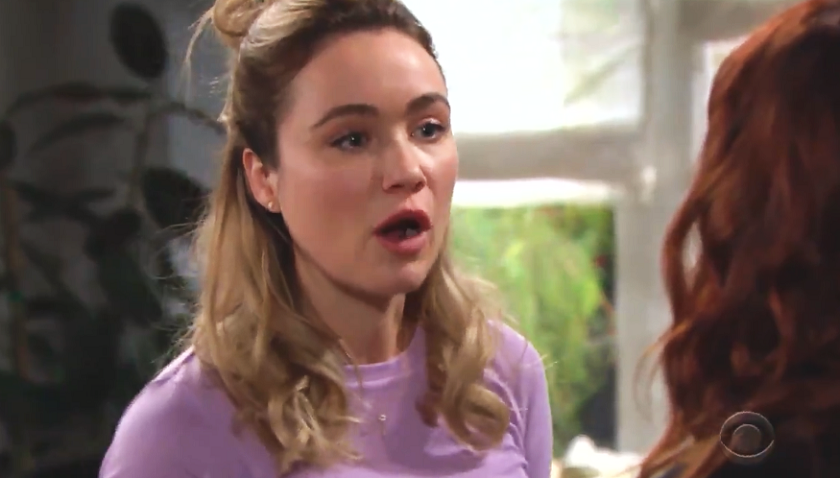 Also coming up on Monday, Wyatt Spencer’s (Darin Brooks) sense of guilt over the situation he’s in will continue to nag at him.

Wyatt feels bad about asking Sally to move out of his house. And he will begin to question his feelings for both women. He will talk to Katie Logan (Heather Tom) and Quinn Forrester (Rena Sofer) about Flo and Sally.

He will point out to them that Flo and Sally are no longer “at each other’s throats.” However, Flo wants Sally to move out of his beach house. Quinn will say that it’s good the two women are getting along for now.

Although he and Flo told Sally to move, he later reneged on that and told Sally she could stay. This makes him feel like he’s also betrayed his girlfriend. Wyatt will then ask Quinn and Katie for advice on what he should do next.

In the meantime, Flo will set a trap for Sally. She wants to prove that Sally is a fraud. On Thursday, Flo was determined to find out the truth about what is going on between Sally and Penny. When Penny left Flo alone in her office (and really, what doctor would be stupid enough to do this?) she took a look at Sally’s medical file on the doctor’s laptop.

She was shocked by what she saw and exclaimed “Oh my God!” Flo now has the evidence she needs to put an end to Sally’s “I’m dying” charade. She will head to the beach house and spoilers tease she will try to trick Sally into admitting she’s not sick.

It’s rumored that Sally will refuse to admit anything to her nemesis. She hates Flo and she would be the last person Sally would confess to. And by Tuesday, the entire confrontation will be out of control.