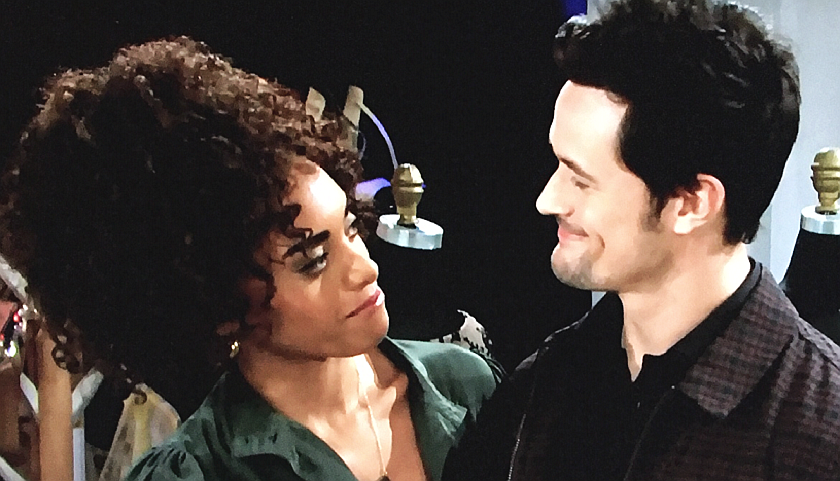 Also, feeling as though everyone is against her, Steffy Forrester (Jacqueline MacInnes Wood) will believe she has no allies and will make a dangerous move.

It didn’t take long before Steffy aimed her anger at Brooke, a woman who stole her father away from her mother all those years ago. “Save it – I don’t need the intervention speech and your fake concern,” Steffy hollered. “You have taken from my grandmother, my mother and now me. It ends here.”

On Friday, Ridge Forrester (Thorsten Kaye) will show up and will notice his daughter’s out of control behavior. Steffy will believe she has no one on her side. Spoilers tease she’ll make a dangerous move, so will she sneak down to the cabin somehow and try to grab Kelly?

Brooke had mentioned Donna Logan (Jennifer Gareis) had taken the kids out for ice cream. But she also said she hadn’t told Donna anything about the situation with Steffy. Was that a red herring? Will a stoned Steffy show up at the cabin and tell Donna she’s taking Kelly home and then try to drive away with her?

Finally, Thomas knows what he did to Zoe last winter was wrong on so many levels. He wined and dined her, he romanced her and he even asked her to marry him. But his end game was never Zoe, it was all about Hope.

Zoe ended up leaving him at the altar after all his machinations came to light. On Friday, Thomas will approach his ex and offer her a sincere and genuine apology. He’ll say he knows what he did was wrong and he’s very sorry. Even though he hurt her badly at the time, Zoe has moved on since then. So it’s safe to say she’ll forgive Thomas for what he did, but will she ever forget?