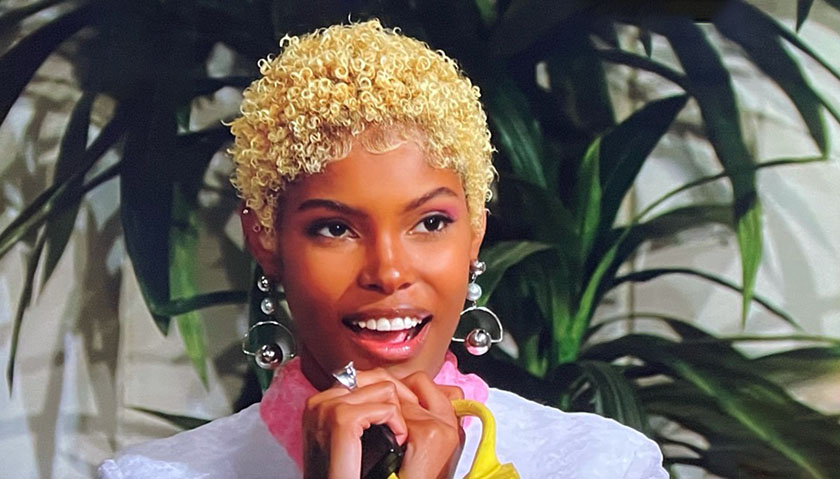 The Bold And The Beautiful (B&B) scoop for Friday, September 17 reveals Paris Buckingham (Diamond White) will have a sexy daydream about Finn (Tanner Novlan).

B&B spoilers tease Quinn and Carter want to be good. Even though Eric Forrester (John McCook) gave them permission to get it on, they both agreed it was a bad idea and they shouldn’t pursue it.

But for Quarter, that’ll be easier said than done. The lure of desire will be a tough impulse to withstand. Carter has already stated that if they do get involved again it would certainly complicate things. 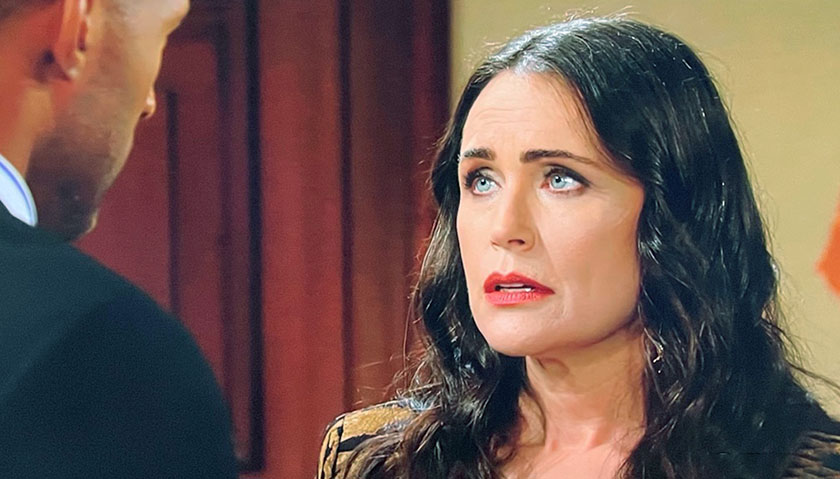 On Friday, they’ll take comfort in each other’s arms again, thanks to Eric sending Quinn over to Carter’s loft. However, how far will it go? But who are we kidding here? Of course they’ll end up hopping in the sack!

Meanwhile, Paris will be titillated after witnessing a passionate scene between Finn and Steffy Forrester (Jacqueline MacInnes Wood). On Thursday, she walked in on Sinn while they were making out.

Bold And The Beautiful Scoop – Will All Her Fantasies Come True?

“I should have backed up the minute I saw you guys but I’m just no good at sneaking around,” Paris said. Which is rich, coming from her. Viewers will recall she was sneaking around when she eavesdropped on Quinn and Shauna Fulton (Denise Richards) not too long ago.

On Friday, she’ll imagine herself in Steffy’s shoes. Paris will fantasize about what it would be like to be involved in a relationship with the doctor. She’ll daydream about getting hot and heavy with Finn. However, is this a fantasy Paris wants to come true and if so, what’s she going to do about it?