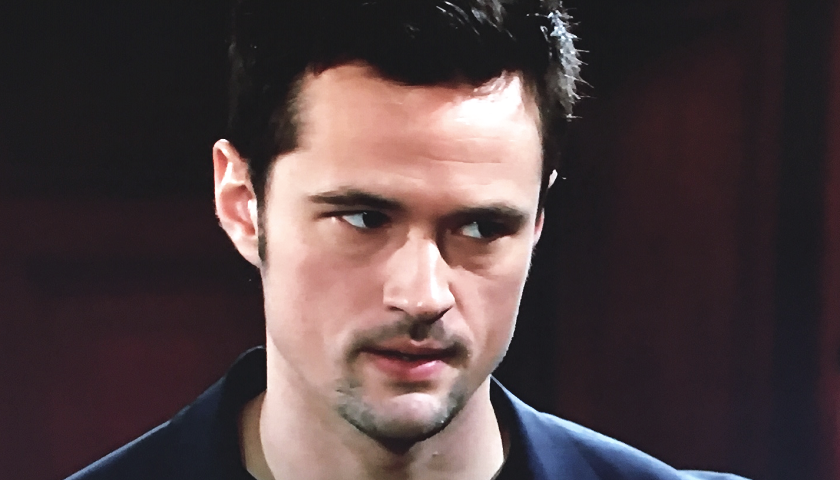 The Bold And The Beautiful (B&B) scoop for Friday, March 6 reveals Thomas Forrester (Matthew Atkinson) has no clue that his web of lies is unraveling.

Also coming up, Shauna Fulton (Denise Richards) will be worried her chance with Ridge Forrester (Thorsten Kaye) will be over if Thomas marries Zoe Buckingham (Kiara Barnes). And Steffy Forrester (Jacqueline MacInnes Wood) will ask Liam Spencer (Scott Clifton) to forgive her.

Shauna knows Ridge is attracted to her. They’ve shared several stolen kisses but she’s seen no sign of him since. That’s because he’s been trying to salvage his marriage to Brooke Forrester (Katherine Kelly Lang). There’s only one thing keeping them apart and that’s her mistrust of his son. She recently made a deal with him that if Thomas goes through with marrying Zoe, she’ll try to forgive him.

The former Vegas showgirl will hear that Thomas and Zoe’s wedding date has been pushed up. She knows that if the wedding takes place, Ridge and Brooke will reunite and her hopes and dreams will be dashed.

Meanwhile, Thomas thinks all his manipulating and lying is going to pay off big time. Upping the ante and telling Zoe he wanted to marry her right away had the effect he wanted. Douglas Forrester (Henry Joseph Samiri) was extremely upset and so was Hope Logan (Annika Noelle).

He even admitted his deception to Steffy and then threatened her. “Your hands aren’t exactly clean,” he told her. “You’re going to screw this up for us if you say anything. Do not say anything.”

Thomas knows Steffy’s not happy with his actions. But what he doesn’t know is that his sister has had enough of his antics and she’s already blowing up his entire scheme. On Thursday, she told Liam their kiss at the beach house was a set-up, manipulated by Thomas.

“I knew it was wrong all along but you need to know the truth,” Steffy said tearfully. Then she told him about how Thomas followed Hope and told her to kiss Liam when he called her. “The phone rang and I kissed you, knowing Hope would see us.”

Steffy will tell Liam how sorry she is and will ask for his forgiveness. How will Liam react and what will his next move be? It looks like a great episode is coming up. Keep reading The Soap Scoop for more Bold And The Beautiful spoilers and news. And make sure you join our free Facebook Group.