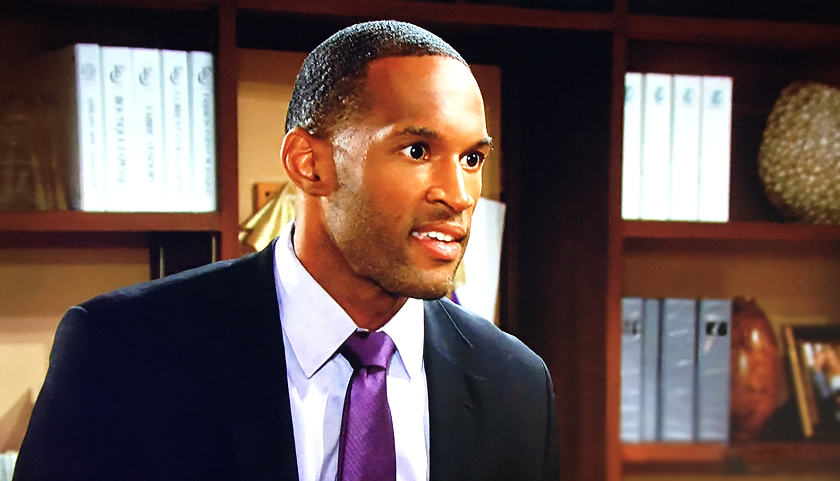 Also coming up, Thomas Forrester (Matthew Atkinson) will be intent on sticking by Hope Spencer’s (Annika Noelle) side.

B&B spoilers tease that Thomas will still be distraught over losing Vinny Walker (Joe LoCicero). But now that he knows who killed his best friend, he’ll realize he needs to move on with his life. Liam Spencer (Scott Clifton) and Bill Spencer (Don Diamont) have been incarcerated and will pay the price for their crime.

When Thomas visited Liam in prison, he asked him to look out for his wife and his kids. Thomas has already taken this to heart and told Hope about it. “Liam asked me to look after you and the children,” he told her on Tuesday. “You can count on me Hope. I’ll always be there for you.”

As much as she was grateful to him, she didn’t like what it meant and felt her husband had given up. And hopefully, Liam didn’t plant a seed that will cause Thomas to become obsessed with Hope all over again.

Meanwhile, Carter is tired of lying. He’s also sick and tired of walking around on pins and needles at Forrester Creations. Now that Paris Buckingham (Diamond White) knows he and Quinn’s dirty little secret, he’s convinced it’s only a matter of time before she spills the beans.

Bold And The Beautiful Scoop – Quinn Forrester Will Wholeheartedly Disagree

So, Quinn will be stunned when he tells her he wants to come clean. He knows Quinn wants a fresh start with Eric Forrester (John McCook). Plus, he’s moving on with Zoe Buckingham (Kiara Barnes). Shouldn’t those second chances with their partners begin with a clean slate?

Of course, Quinn will wholeheartedly disagree. She’ll tell Carter she hates lying to Eric but also knows her marriage would be over if he knew the truth. Then Carter will take her in his arms to comfort her. However, it’ll be particularly bad timing, because Eric will walk into the office. But how will Quinn explain herself out of this one?

Today on #BoldandBeautiful, Ridge buffers the tension between Thomas and Brooke. pic.twitter.com/g5q7Ar4tMI