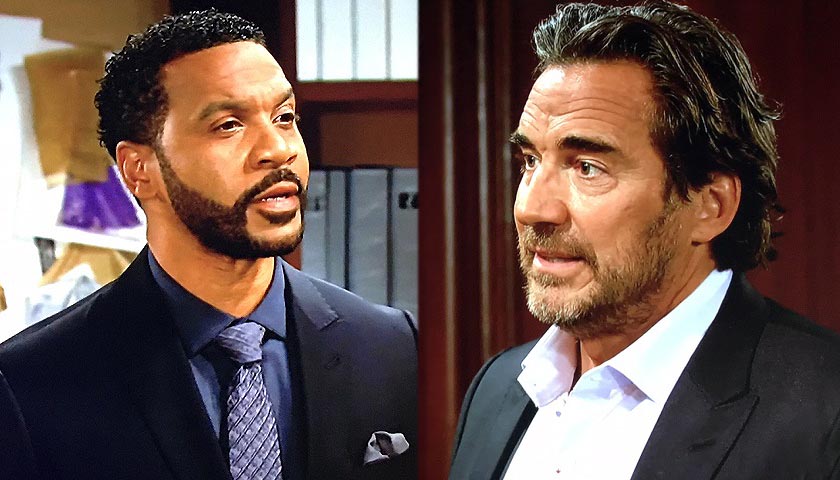 In addition, Carter Walton (Lawrence Saint Victor) will try his best to keep his promise to Eric Forrester (John McCook). But it won’t be easy.

B&B spoilers tease Quinn Forrester (Rena Sofer) and Carter will attempt to remain professional, as they continue their conversation. Quinn knows Eric was so hurt by their betrayal that he asked Carter to stay away from her.

In fact, in order for Carter to keep his job at Forrester Creations, he agreed to have nothing to do with Eric’s soon-to-be ex-wife. Of course, that’ll be easier said than done, as Quinn and Carter can’t seem to keep their hands off each other. 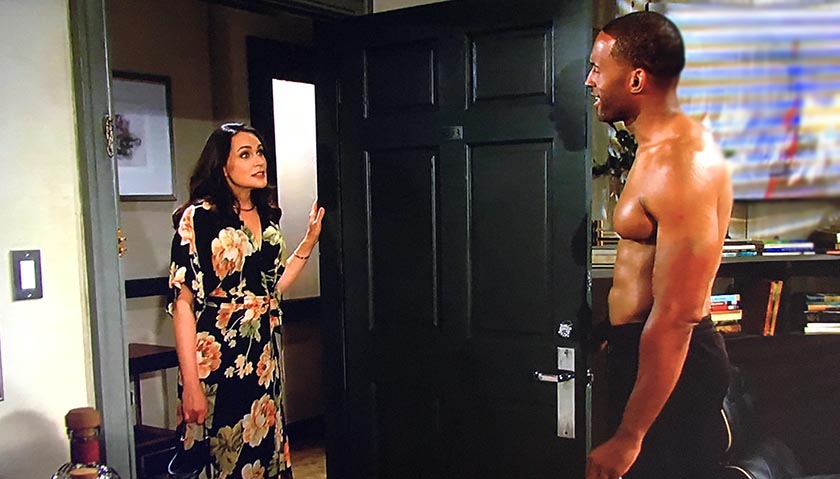 On Thursday, Quinn seemed to see the writing on the wall, when she found out Carter would be representing her husband in the divorce. “Eric is giving you a second chance and that means we can’t see each other anymore,” she said. However, will Carter’s desire for Quinn get the better of him?

Meanwhile, fresh off his emotional confrontation with Dollar Bill Spencer (Don Diamont), Justin approached Ridge with an offer he hopes the Forrester CEO can’t refuse. On Wednesday, Bill told Justin he was dead to him and he never wanted to see his face again.

Justin is still furious and out for revenge and he asked Ridge to team up with him to take Bill down. Of course Ridge knows the former Spencer Publications lawyer held his son hostage for days. Still, he blames Bill for everything. “He started this whole chain of events.”

Justin is hoping Ridge will give him his freedom for something in return. “I know Dollar Bill Spencer better than anyone,” he said. “I’m ready to spill the tea.” Ridge has despised Bill for a long time. But is this his chance for some payback?

One Thought to “Bold And The Beautiful Daily Scoop Friday, July 16: Ridge Considers Justin’s Offer – Carter Tries To Keep His Promise To Eric”