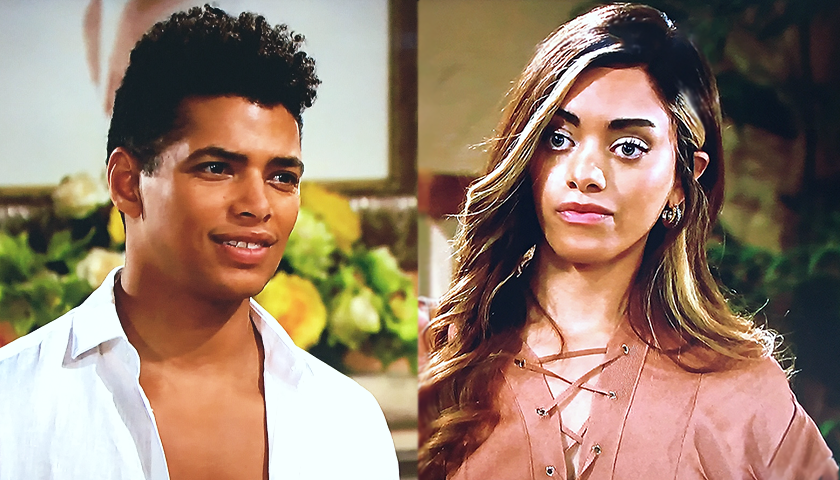 In addition, Paris Buckingham (Diamond White) will decide she’s going to tell Carter Walton (Lawrence Saint Victor) what her sister’s been up to.

Spoilers tease Paris has just about had it with Zoe’s behavior. She’s stringing Carter along while she pursues Zende and Paris can’t take it.

When Paris confronted her sister about her interest in Zende, Zoe was unapologetic. “I don’t have to justify myself to you Paris,” she said. Paris accused of her playing both men and she also gave viewers a small hint into Zoe’s past.

“I thought you’d changed but this is inexcusable,” Paris told her. “But more than anything, it’s disrespectful to Carter and to me.” Has Zoe juggled two men before and will Paris approach Carter about her sister before it’s too late?

Meanwhile, Zoe has even more trouble coming her way on Friday, now that Ridge has busted her. He’s been suspicious of the designer and the model for a couple days now. On Thursday, he walked into the Forrester mansion while Zoe was professing her feelings to Zende.

For his part, Zende resisted Zoe’s advances and even backed up when she tried to move in for a kiss. That’s when Ridge let his presence be known. “What’s happening here?” he asked. “What’d I walk in on?”

It’s ironic that Ridge would get so upset about such a small thing as infidelity. It wasn’t so long ago that he was smooching with Shauna Fulton (Denise Richards) while he was still married to Brooke Forrester (Katherine Kelly Lang). Nevertheless, he’ll let Zoe know, in no uncertain terms, that he’s going straight to his friend Carter. But who will get to the Forrester COO first, Ridge or Paris?