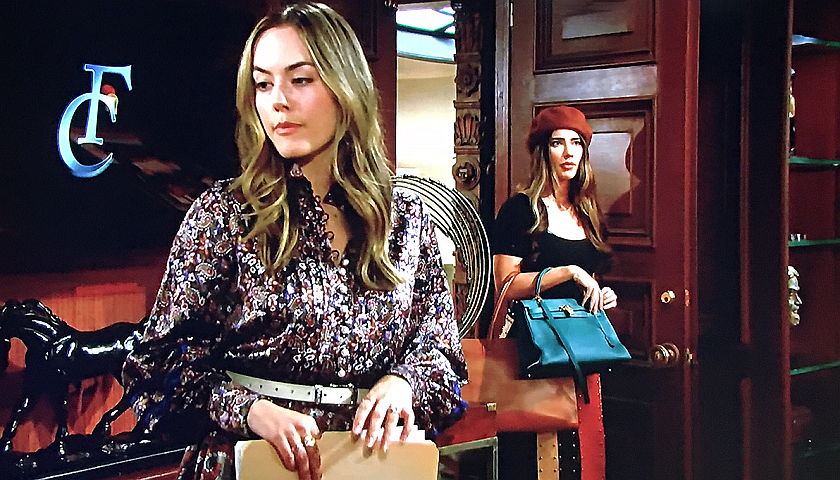 The Bold And The Beautiful (B&B) scoop for Friday, January 15 reveals another battle royale is coming. But this time it’ll be Hope Spencer (Annika Noelle) and Steffy Forrester (Jacqueline MacInnes Wood) locking horns.

Spoilers tease Zende knows something’s not right in Zoe’s relationship with Paris Buckingham (Diamond White). The two sisters have been arguing ever since Paris was offered the job at Forrester Creations. He’ll also wonder if Carter’s part in it has affected their romance.

Bold And The Beautiful Scoop – Will Zende Forrester Hide The Truth From Her?

Zende will ask Zoe if everything is all right between she and her fiancé. But rumor has it she won’t want to talk about Carter. Instead, she may turn the tables on him. Zoe knows Paris kissed Zende and he kissed her back.

In an attempt to find out his true feelings for her, she’ll ask him if he’s interested in perusing her sister. Will Zende admit to Zoe that he’s been interested in her since the day they first met? Or will he hide the truth from her?

Meanwhile, in the Forrester CEO office, Hope will be on the warpath. She’s angry that Steffy slept with Liam Spencer (Scott Clifton) and she’ll be hell bent on confronting her rival. It was only about a month ago that Hope told Steffy she was happy they were moving on from the past.

“There was a time when I was a little worried about your connection to my husband, the history,” Hope said. “But that’s all it is, history. You’ve moved on and Liam has.” What Hope didn’t know at the time is that Liam had betrayed her again with Steffy only days earlier.

But now she knows the truth and she’s going to throw down the gauntlet and accuse her rival of deliberately destroying her marriage. “Admit it Steffy, admit it,” Hope said to her on Thursday. “You finally got what you wanted, another chance with Liam. Another chance with my husband.” The big question is, will Steffy give as good as she gets?

Today on #BoldandBeautiful, accusations fly when Finn confronts Liam about his affair with Steffy. pic.twitter.com/UJ9bBOn0gk