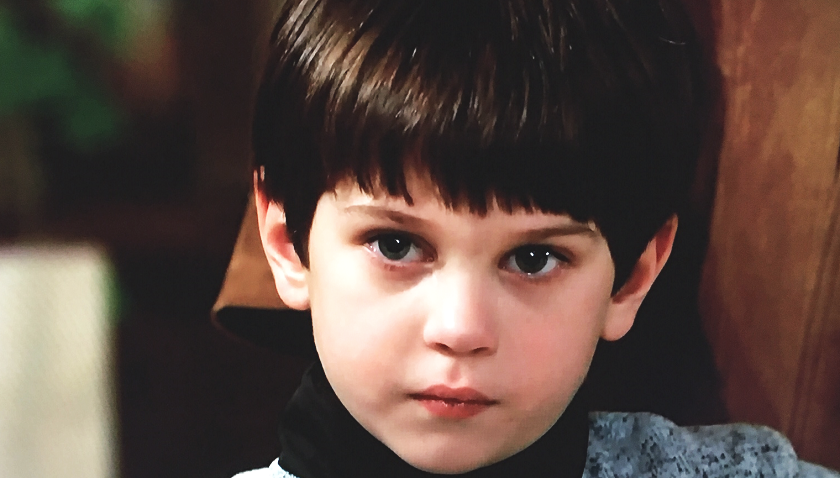 Also coming up on Friday, Zoe Buckingham (Kiara Barnes) will make a request before accepting Thomas Forrester’s (Matthew Atkinson) proposal. And Katie Logan (Heather Tom) will question whether she did the right thing.

Guests at the Forrester family dinner will be flabbergasted by Thomas’ marriage proposal, none more so than Douglas and Hope. Liam Spencer (Scott Clifton) and Brooke Forrester (Katherine Kelly Lang) will probably be the only people there who aren’t surprised. They know Thomas is up to no good and this latest stunt will prove it to both of them.

Viewers saw how upset Douglas was as he watched his father propose to Zoe on Thursday. Although he said he likes his father’s girlfriend, he doesn’t want her replacing Hope as his mom. Douglas has already asked Hope if Thomas was “going to make her my mommy instead of you?”

He’s also going to tell Hope something in confidence on Friday – will it be one of his father’s many secrets? Or will he beg and plead with her to be with Thomas so the three of them can be a real family and make Zoe a distant memory?

As for Zoe, she will have a request, before she says yes to Thomas. But what will it be? Her recent conversation with Liam may have given her a slight pause as she considered her relationship with Thomas. Some fans are speculating Zoe may say she wants to get to know Douglas better before she commits to a life with Thomas. Or, she could throw a wrench into Thomas’ plans if she says no or if she says that she’ll marry him as long as Hope will continue to act as Douglas’ mother.

Meanwhile, Katie will tell Bill Spencer (Don Diamont) that she is beginning to regret asking Wyatt Spencer (Darin Brooks) to forgive Flo Fulton (Katrina Bowden). Even though she believes her niece is worthy of forgiveness, Katie will feel her request directly led to Wyatt’s breakup with Sally Spectra (Courtney Hope).

Now that she knows Sally is dying, Katie feels incredibly guilty that Sally has to go through her last days alone. Bill will try to assuage her guilt and will tell her no one can predict the future. But she will decide she needs to take action to help Sally. And spoilers tease that next week, Katie will make it her personal goal to save Sally’s job at Forrester Creations.