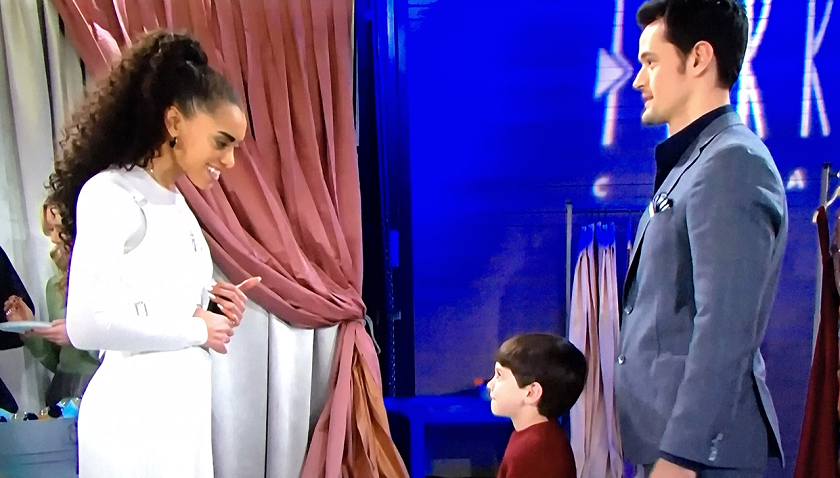 Also coming up on Friday, Zoe Buckingham (Kiara Barnes) will attempt to bond with Douglas Forrester (Henry Joseph Samiri), who wants nothing to do with her.

Katie will pay Sally a visit at Forrester Creations to see how she’s doing. When she suggests to the designer that she should seek help with her illness, Sally will refuse. Prior to her deadly diagnosis, Sally had been down in the dumps already. Wyatt Spencer (Darin Brooks) had broken off their engagement and she’d been having problems focusing at work.

Sally feels like she doesn’t want to bring anyone else down to her level of despair. She wants to live the remaining days of her life in her own way and will reiterate this. But Katie won’t back down.

She knows exactly what it’s like to face a deathly illness. Katie has had a heart transplant, faced postpartum depression and most recently went through kidney failure. She thought she was going to die and she fought hard to stay positive. She’ll remind Sally that she’s tough and everyone thinks of her as a fighter.

Katie will tell her she should do everything in her power to try to fight this thing and win. But will Sally listen? Sally doesn’t know yet that Katie spilled the beans to both Wyatt and Bill Spencer (Don Diamont) about her diagnosis but she’ll likely learn that tidbit soon enough. How will Sally react when she finds out?

Other spoilers suggest that Zoe will try her best to bond with Douglas. She and Thomas have become much closer in recent weeks and she wants to get to know his son better. But Douglas will be having none of it.

The only person Douglas is interested in spending any time with is his new mommy, Hope Logan (Annika Noelle) and he’ll straight up tell her that. He’s already worried Zoe’s going to replace Hope as his mother and he won’t want to encourage this. But how will Zoe respond to Douglas’ disinterest in her?