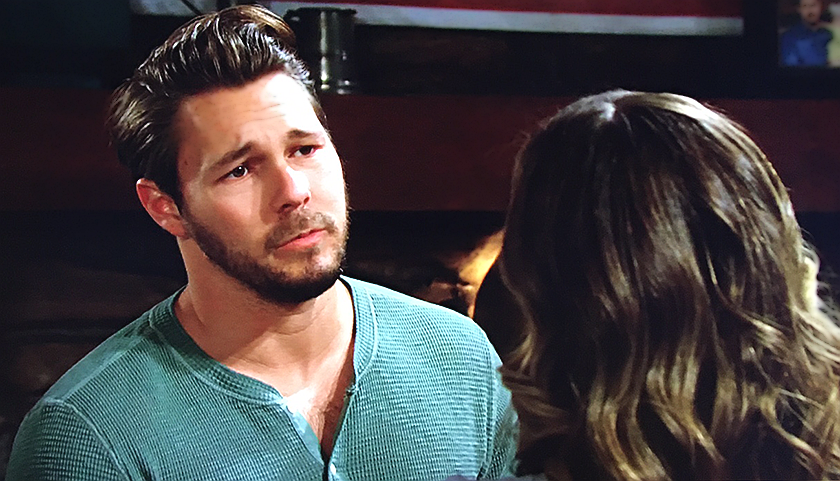 The Bold And The Beautiful (B&B) scoop for Friday, April 30 reveals Liam Spencer (Scott Clifton) will try to act as though nothing’s wrong.

In addition, Thomas Forrester (Matthew Atkinson) will be heartbroken as he watches a memorial tribute to Vinny Walker (Joe LoCicero). Plus, Quinn Forrester (Rena Sofer) and Carter Walton (Lawrence Saint Victor) will continue to bond.

Spoilers tease Liam will prepare to move back home with Hope Spencer (Annika Noelle). He’ll try his best to put all thoughts of the night he killed Vinny out of his mind. But he’ll still be haunted by visions of the drug dealer.

As Liam recently mentioned to his father, the last thing he wants is for Hope to get suspicious. Because if she does, everything Bill Spencer (Don Diamont) did to cover up the hit and run will be for naught.

Bold And The Beautiful Daily Scoop Thursday, April 29: Zoe Apologizes – Wyatt Gets More Than He Bargained For – Will Carter And Quinn Cross A Line? #BoldandBeautiful #BoldandtheBeautiful #Quarter https://t.co/6WhP95DY6L

Meanwhile, Thomas will get emotional as he views a tribute to Vinny. It will surely bring back a lot of memories for the designer of all the good times he shared with his friend. But Thomas won’t be alone. Ridge Forrester (Thorsten Kaye) will provide a shoulder for him to lean on.

In a touching moment, Ridge will tell his son he was a good friend to Vinny and he should take comfort in that. However, Thomas will not only be upset, he’ll also be angry and he’ll make a vow. He’s going to find out who hit Vinny and left him for dead.

Finally, Quinn will still be in Carter Walton’s (Lawrence Saint Victor) loft, hoping to convince him to reunite with Zoe Buckingham (Kiara Barnes). But instead, she confided in him about her marriage again. She told him it’s nice to feel like someone is on her side.

“I feel very unheard and misunderstood,” she confided. Carter told her she was a beautiful and mischievous woman and that Eric would come around. “He’d be a fool to let you go.” But will Quinn and Carter’s friendship remain a platonic one or are these two going to get it on?

Which outfit would you wear? pic.twitter.com/p9OBgd7rCZ

One Thought to “Bold And The Beautiful Daily Scoop Friday, April 30: Liam Tries To Act Like Nothing’s Wrong – Thomas Is Heartbroken – Quinn And Carter Bond”