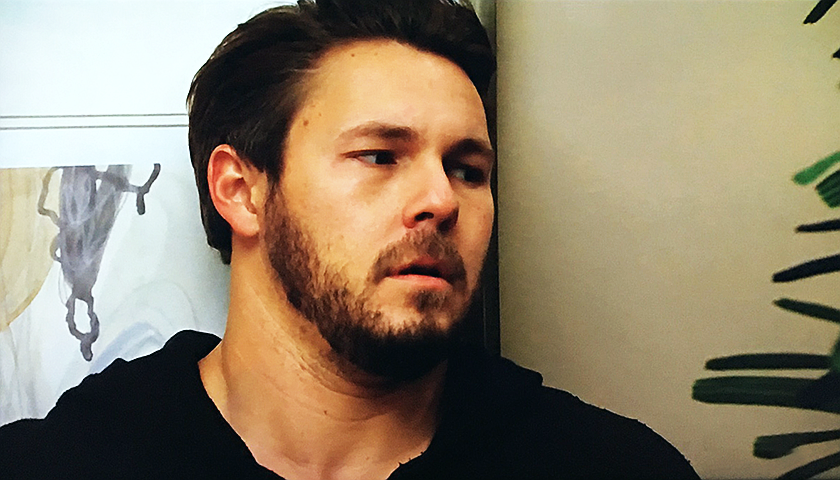 The Bold And The Beautiful (B&B) scoop for Friday, April 16 reveals Liam Spencer (Scott Clifton) will fear he’s been caught.

B&B spoilers tease Queric’s marriage is not what it used to be. And Eric will admit to Ridge his relationship with Quinn since they reunited has been no picnic. He hasn’t been able to trust his wife since she interfered in Ridge’s marriage to Brooke Forrester (Katherine Kelly Lang). But will Ridge offer any sage words of advice for his dad?

Meanwhile, Quinn will stick her nose in where it doesn’t belong. She showed up at Carter’s loft, uninvited, and immediately tried to implore him to give Zoe Buckingham (Kiara Barnes) another chance.

He asked her why she was suddenly acting like Zoe’s biggest supporter. Quinn told him she knows all about second chances and she also relates to her. “Zoe misses you Carter. Don’t you miss her too?” But how will Carter respond?

Finally, Liam will think he’s been busted for killing Vinny Walker (Joe LoCicero). On Thursday, Hope Spencer (Annika Noelle) called him and asked him to meet her at Forrester Creations. With his daddy’s permission, he headed over there.

But when he arrived, he was in for a huge shock. His face dropped as he spotted Deputy Chief Baker (Dan Martin) as he signed out at the Forrester reception desk. He took the coward’s way out and hid behind a plant.

Then he walked up to the CEO’s door and heard the words he’s be dreading since the accident. “Hold it right there Liam Spencer, I got you!” Of course, it won’t be Baker, it’ll be none other than Charlie Webber (Dick Christie) making a joke. But will Liam have already collapsed to the ground in a puddle before he realizes it?